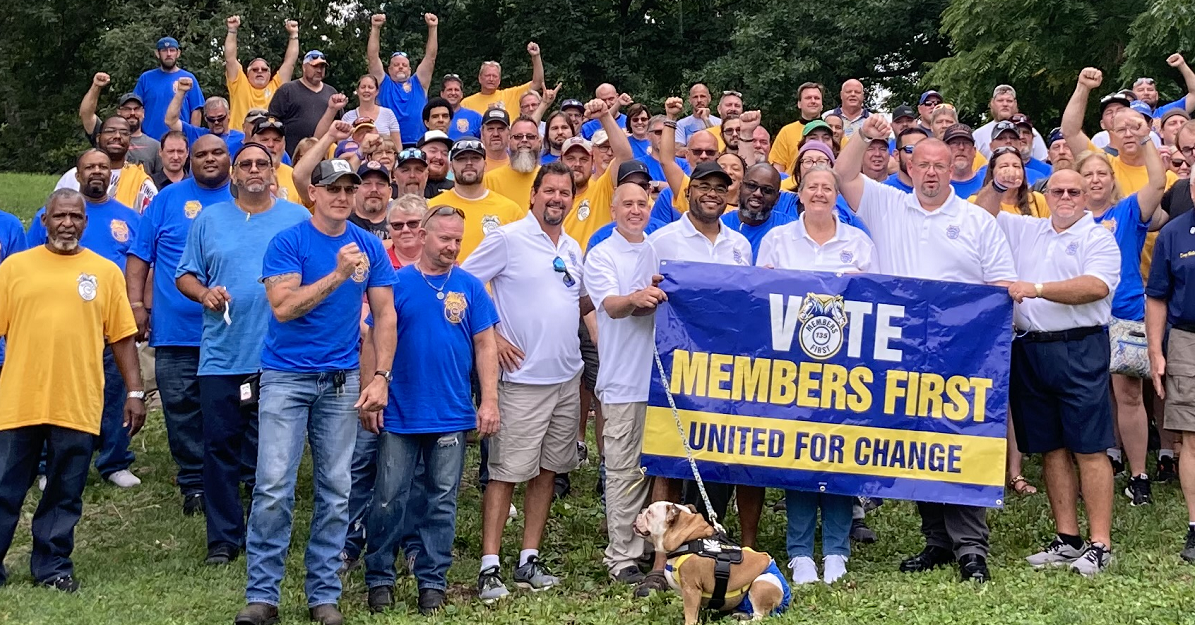 Local 135 is one of the biggest locals in the Teamsters and represents members across Indiana, Ohio, and Michigan as well as over 2,000 flight attendants nationwide at Republic Airlines. Until recently, no one could have seen this change coming to a local that was tightly controlled by officers and dominated from the top down.

But Local 135 members organized for change from the bottom up – and now they’re in the driver’s seat.

The Members First movement began with two Teamsters deeply frustrated with their union’s resistance to involving members and standing up to employers.

In January of 2022, a group of trusted friends met privately to discuss what it would take to bring change to the local.

“We knew that members were tired of being kept in the dark and not getting strong representation,” said Roach. “But honestly, we didn’t know if people would be ready to step up. Like any organizing drive, we had to map it out and make realistic assessments.”

For the next several months, a small committee of leaders and activists got to work talking to other Teamsters and building a network of members in beverage, warehousing, freight, construction, and UPS.

“It was all about agitation at the start,” said Bob Axum, a member at Transervice. “We asked a lot of questions and started to figure out that most members felt like we do – it’s time for change.”

Local 135 represents over 1,200 members in a chain of related employers in the grocery industry. Members in the “Kroger Triangle” work under separate contracts, but share common concerns, including disrespect on the job, weak representation, a lack of transparency or coordination in contract negotiations.

The 4,500 UPS Teamsters in Local 135 members voted to reject the 2018 contract and voted overwhelmingly for new leadership at the International Union.

“Our message was that we could elect new leadership in our local too, leaders that would mobilize the members to win the contract we deserve,” said Corey Warren.

After six months of small private organizing meetings, 135 Members First launched their campaign with a bang.

Slate members and volunteers fanned out across the local and campaigned at 20 worksites in a week. At every company, they passed out a flyer with their slate’s platform on one side and the photos of dozens of member endorsers on the other.

“It was a very public showing that Local 135 members were done being scared. We were uniting and using our strength in numbers to win change,” said Jesse Mikesell.

Their launch rocked the union hall, sending incumbents into panic mode. Within days, the top two officers, Danny Barton and Jeff Combs, announced they would retire.

Taking a page from the Hoffa-Vairma playbook, they propped up a successor slate to run against the Members First insurgents.

Campaign activists stayed focused and continued to hit the streets. Their network grew as they identified workplace leaders and held campaign organizing and fundraising events.

In just four months months, they collected more than 3,000 phone numbers from supporters and prepared to Get Out the Vote.

Change couldn’t be coming at a better time, with contract negotiations coming up at Sysco, UPS, T-Force, ABF, YRC, Holland, and across the Kroger Triangle.

“The election win was powered by Local 135 members. But it never would have happened without TDU,” said Sarah Revard, Secretary-Treasurer elect.

“This is about more than winning an election. We can rebuild our union’s power by educating, informing, and mobilizing the members. That’s what Members First is about—and that’s what TDU is about, too,” Revard said.

We Can Win Change

“Our message was that we could elect new leadership in our local too, leaders that would mobilize the members to win the contract we deserve.” 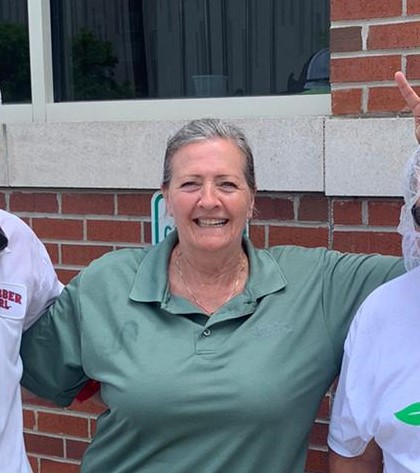 It's About the Members

“This is about more than winning an election. We can rebuild our union’s power by educating, informing, and mobilizing the members. That’s what Members First is about—and that’s what TDU is about, too.”