Corrupt officials like Rome Aloise weaken our union—and so do the blind followers who apologize for his corruption. 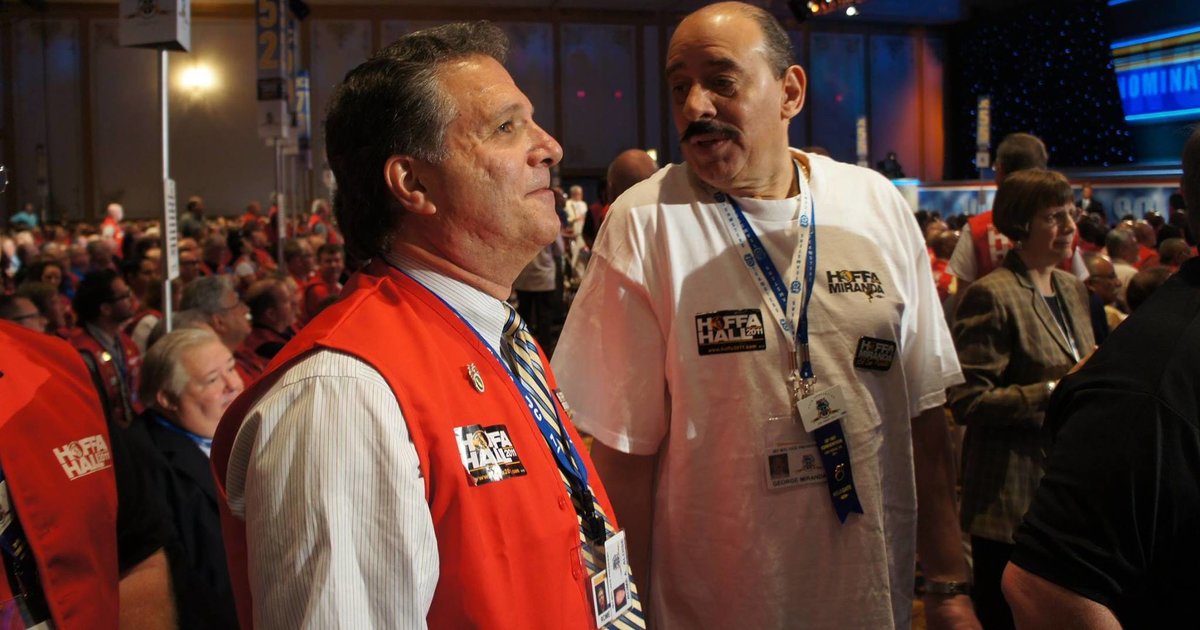 As a shop steward, I work hard every day to unite members and maintain their belief in our union. It’s a daily challenge.

Everywhere you look, unions are under attack by corporations, by anti-union politicians and in the media.

I expect corporations to attack us. They are driven by profit and greed. Employers exploit workers to benefit themselves.

It’s Teamster officials who rip off the members that infuriate me. Those officials are supposed to be on our side, fighting with us, not selling us out.

It’s been over a year since Rome Aloise’s corruption was exposed. The facts are documented in exhaustive detail in a 122-page corruption report.

Aloise strong-armed members into accepting a substandard contract offer—and then he took gifts from the corporate executives he had just sold out to.

Rome pressured executives at Costco, Southern Wine & Spirits, and UPS to hire his relatives. He sought these favors during contract negotiations when he was supposed to be looking out for the members, not himself.

He broke the law to help a Hoffa-Aloise campaign donor cheat in a local union election.

Rome negotiated a sham contract to help an employer friend and golfing buddy of Hoffa’s become a Teamster so he could make money off of rigged deals with Teamster benefit funds.

Corruption like this is pure gold to the union-busters. They use these scandals to attack our union in organizing drives.

Corruption undermines members’ support for our union—weakening the very foundation of Teamster power.

That’s why every honest Teamster denounces corruption without exception.

But not the Hoffa crowd. Instead of denouncing Rome Aloise’s crimes, they attack the members who fight corruption.

Rome’s apologists don’t bother trying to answer the corruption charges. They can’t. The evidence is overwhelming.

Rome Aloise divided the union when he sided with the employers over the members.

Rome’s apologists divide the union when they side with a corrupt official who betrayed the members to line his own pockets.

Your Day in Court

Does every Teamster deserve a hearing on the charges against them? Absolutely, and they get it too—as soon as they stop their stall tactics.

Rome Aloise could have cleared his name a long time ago. Instead, he stonewalled and delayed his hearing for over a year so he could keep collecting his multiple salaries—all three of them.

The Independent Investigations Officer was appointed to the Independent Review Board by Hoffa. They picked their own prosecutor! Every defendant would take that deal.

The Teamsters Union has 1.2 million members. In any organization of this size, there’s bound to be some corruption.

The test comes when that corruption is exposed.

The sell-out officials who make excuses for corruption betray our union every bit as much as Rome Aloise did.

Hoffa won’t act against corruption because he counts on power brokers like Rome Aloise to deliver him votes and campaign contributions.

It’s up to the rest of us to defend our union by rooting out corruption whenever it raises its ugly head.

If you want to scam workers and line your pockets, go work for the employers. Let the truly honest, hardworking men and women run the Teamsters Union.

Frank Halstead is a warehouse worker and Local 572 shop steward at Ralphs. He is an elected co-chair of Teamsters for a Democratic Union (TDU).