Drinking with Management at the Grievance Panels 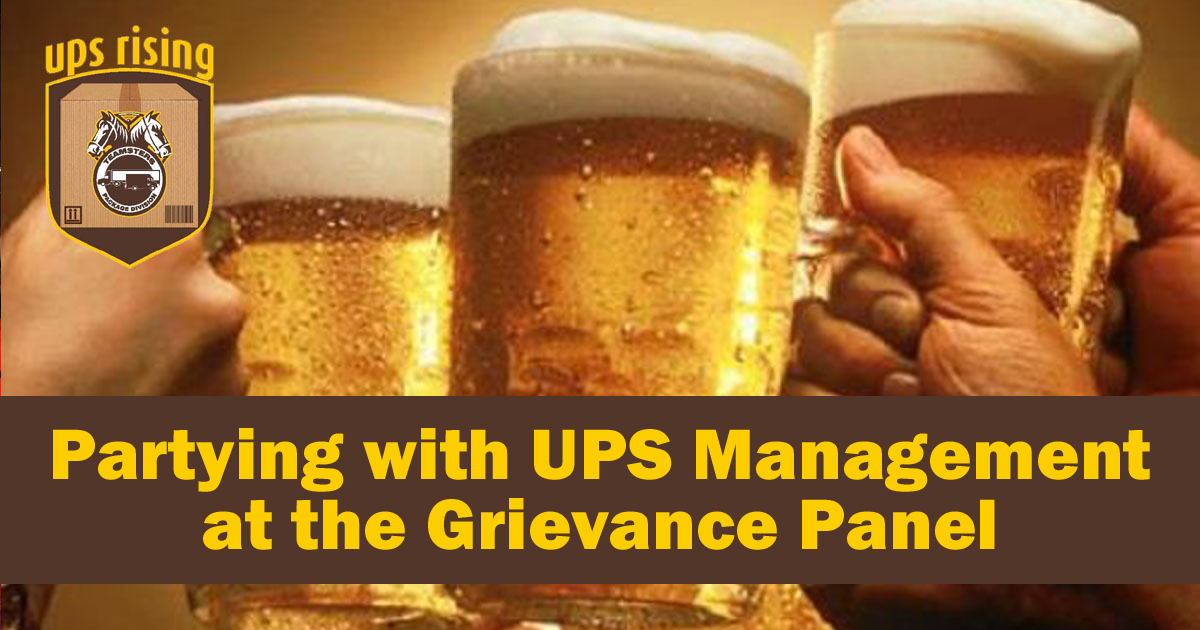 On social media, the UPS Rising campaign claims the Hoffa administration is gearing up to take on UPS and fight for a strong contract.

But behind closed doors, Teamster officials partied with UPS management at a reception held for General President Hoffa. UPS management enjoyed free food and drinks—all paid for with members’ dues.

The event was organized by Greg Nowak, the president of Teamsters Joint Council 43 in Michigan.

Nowak was recently in the news because he was one of three officials who voted to clear Hoffa’s Executive Assistant Willie Smith of corruption.

So Nowak is a known softy when it comes to rubbing elbows with employers. But what about all the Teamster principal officers and business agents who partied with management at the grievance panel.

Some Teamster leaders boycotted the reception. Louisville Local 89 has a policy that prohibits fraternizing with management. That’s common sense.

UPS is harassing and abusing Teamster members. Our union should be taking management on, not drinking and golfing with them.

UPS Teamsters can’t trust the Hoffa administration to stand up to fight for a good contract. We need to be organized and hold them accountable.

Teamsters United has launched a contact campaign to unite members to defeat givebacks and win a good contract at UPS.

Click here to find out more and get involved.