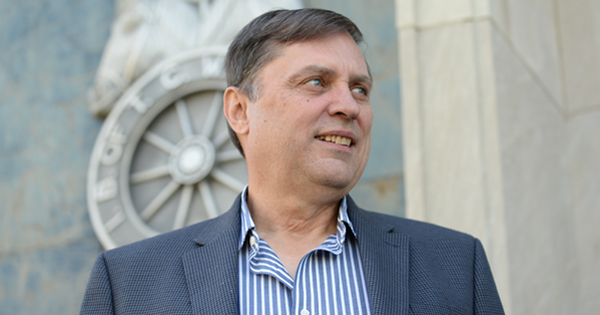 Our goal was to unite and mobilize Teamster members to rebuild our union’s power. That remains unfinished business.

Teamsters United is continuing the fight.

Hoffa may have been sworn in for another term as General President—but members have made it clear that he is not our leader and we don’t trust him to negotiate our contracts or protect our benefits.

Most Teamsters in the U.S. voted against Hoffa and it was an absolute landslide among members whose contracts and benefits are negotiated by the International Union.

More than 70% of Teamsters who work under the national contracts voted for Teamsters United, including UPS, freight, carhaul, United Airline mechanics and rail Teamsters in the BLET and the BMWED.

I am not backing down and abandoning these members.

When the International Union is taking on employers and corporate politicians, I will be all-in to help that fight.

But I’ve known Hoffa too long to fall for empty promises and phony calls for unity. I will not line up behind corruption or concessions. That’s not unity. That’s selling out.

We are broadening our coalition. We are uniting members to oppose contract givebacks, take on corruption, and defend our healthcare and pensions.

The IBT election showed that many local officers were out of touch with the members.

These officers face a choice: they can stand with their members or they can find themselves replaced by new leaders who will.

Teamsters United is about more than any candidate, slate or election. It’s a movement of Teamsters like you working together to save our union—and we are just getting started.

Fred Zuckerman is the President of Teamsters Local 89 in Louisville, one of the largest and most powerful locals in the Teamsters, and the leader of Teamsters United.