Chicago Teamster power broker and former Hoffa administration VP Becky Strzechowski resigned from all her Teamster positions today. Can a federal indictment be far behind? 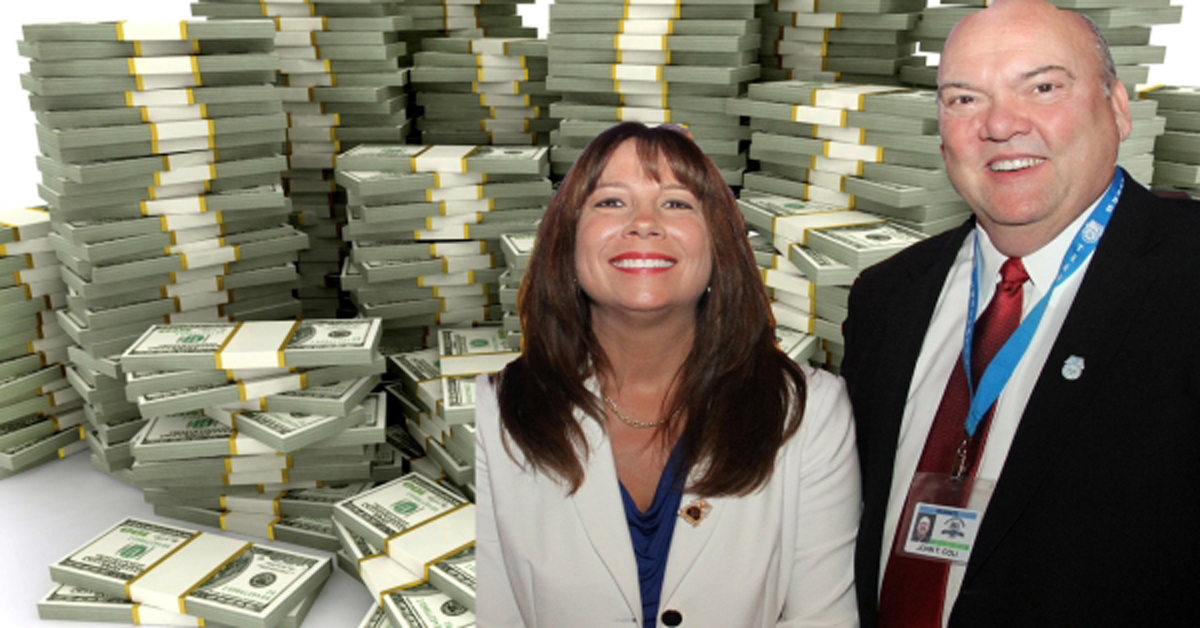 At one time, Strzechowski and her mentor John Coli were on top of the world. They ruled over Chicago Joint Council 25, occupied positions as International Union Vice Presidents, and paid themselves multiple salaries totaling more than $300,000 a year.

But the gig’s up. Teamster members tossed Coli and Strzechowski out of their International Vice President positions in 2016 when they elected Teamsters United candidates in the Central Region.

The feds are finishing up where the members started.

Coli resigned from all Teamster positions in 2017 and was indicted for taking hundreds of thousands of dollars in employer payoffs.

Strzechowski kept her grip on power for another 18 months. But today, she resigned from her Teamster posts as Local 700 President, Joint Council 25 Vice President, and the Director of the IBT Human Rights Commission.

The $200,000 Club is the only place that these two bottom-dwellers come out on top.

Union officers should be compensated for the important work of leading our union. But members have a right to expect real leadership that’s fighting for us, not self-serving officials like Coli, Strzechowski, or Rome Aloise who betray our union by taking employer payoffs.