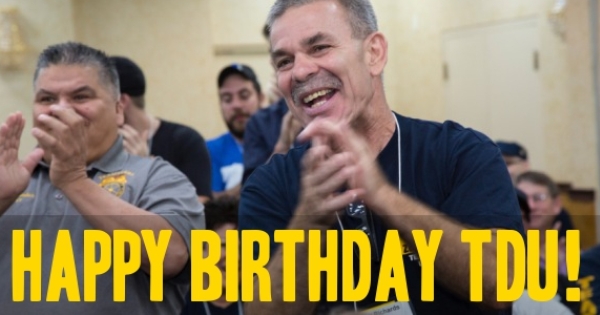 At the time of TDU's founding, the IBT General Executive Board and many local unions were dominated by organized crime. Contracts could be imposed even if the majority voted against them. Members who spoke up could be met with violent intimidation.

TDU has since become the longest-lasting and largest reform movement in U.S. labor history. TDU members led campaigns to secure crucial democratic rights and win improvements in wages, benefits and working conditions for hundreds of thousands of workers.

TDU is an inspiration for rank-and-file movements throughout the country who are fighting to rebuild the labor movement.

The struggle continues. Last year, we formed a coalition to back Teamsters United and nearly won the closest election in Teamster history. There is a lot more history still to be made.

Click here to join TDU and to help us keep making Teamster history.

Read a four-part history of TDU and the Teamsters Union.