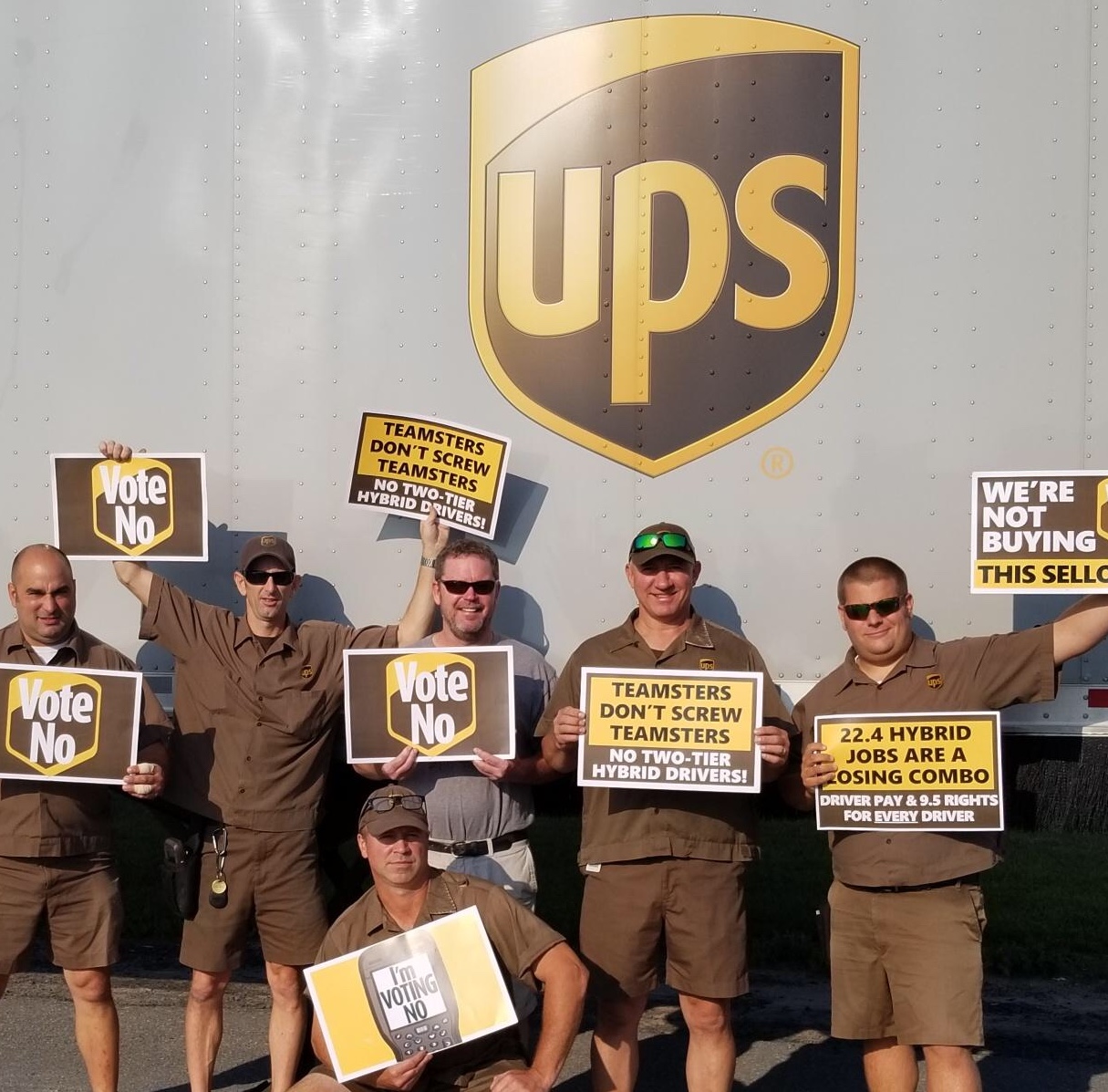 When they were selling their 22.4 contract giveback to skeptical members, Hoffa-Hall and Denis Taylor promised that Regular Package Car Driver (RPCD) jobs would be protected.

Last year, with UPS Teamsters in an uproar over the proposal to create two-tier 22.4 drivers, Hoffa’s Parcel Division issued a UPS Contract Update that promised that RPCD jobs would be protected.

Written in a Q&A format, the bulletin highlighted the question: “How will regular package-car positions be protected under this new 22.4 Combination Driver classification?”

The answer: “If an RPCD leaves employment or bids to another classification, that job must be filled as an RPCD and continue to be covered under Article 41 Section 2.” (UPSrising Contract Update, June 29, 2018).

It sounded cut and dry. But hidden in the fine print was a loophole.

RPCDs who were working Tuesday to Friday “are red-circled by name” only. When these members leave UPS or bid to another classification, their RPCD job can be converted into a 22.4 job with lower pay and no 9.5 protections.

In another loophole, RPCDs who were hired after August 1, 2018, but before the contract was officially ratified are also only “red-circled by name” and can later be converted to 22.4 jobs.

The contract states that the number of 22.4 Combination Drivers will not exceed 25 percent of the total number of RPCDs in your building.

But that is followed by another loophole that lets UPS and the IBT raise the 25 percent cap if package volume increases on the weekend.

UPS Teamsters rightly saw the two-tier 22.4 giveaway as a giveback that creates divisions and eliminates good jobs. That’s why the majority of us Voted No.

The Hoffa-Hall administration overruled our contract vote, but they can’t stop UPS Teamsters from winning a new direction in our union.

TDU and UPS Teamsters United is bringing UPS Teamsters together to win majority rule on contracts, eliminate the two-thirds rule, and win a union that stands up to UPS. Get involved today.