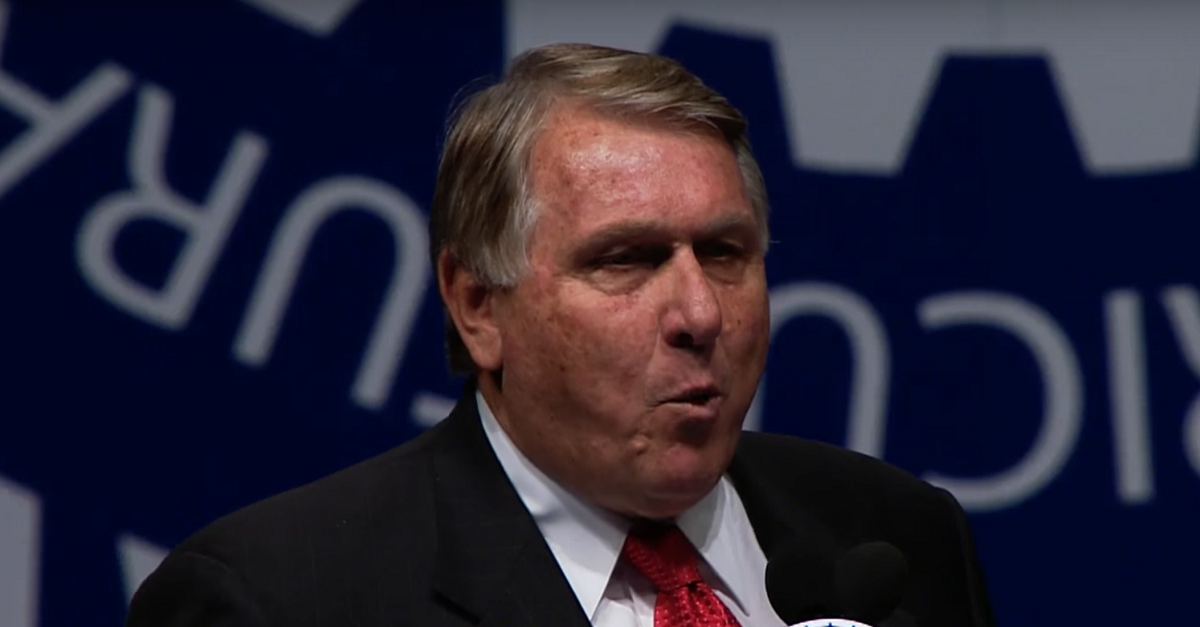 Hoffa is retiring at the end of next year, and he wants to take Teamster democracy with him. He told the media on February 13 that “a proposal will come up” to change the rules to make it harder or impossible for challengers to run for International Union office.

The good news is that Hoffa cannot mess with the rules for the 2021 Teamster election. Candidates who are nominated by five percent of the delegates at the Teamster Convention next July will appear on the ballot next November.

But they want to change the rules to make it harder for candidates to be nominated in the future. We can’t let that happen.

But when members voted it was a different story. Fred Zuckerman won 49 percent of the vote. His Teamsters United running mates won in the Central Region and Southern Region.

The last IBT election proved that the nominating vote by the Convention Delegates does not reflect the will of the members.

The 5 percent nominating threshold is the right one. Raising it is a threat to the members’ right to elect our leaders.

Another issue that goes to the heart of Teamster voting rights is the Two-Thirds Rule.

The Two-Thirds Rule is a loophole in Article XII of the Teamster Constitution that gives Teamster officials the power to approve a contract even if it has been rejected by a majority vote of members.

If fewer than half the members vote in a contract vote, then officials can require a two-thirds No vote to reject the contract.

In 2018, the Hoffa administration used the Two-Thirds Rule to impose contract givebacks over a majority vote of 240,000 Teamsters at UPS.

Most Teamsters were unaware of that loophole. It had not been used in a national contract in over 30 years.

Even Teamsters who supported the contract are opposed to the Two-Thirds rule.

Together, we can stop it from being used to screw any Teamster again.

The future of Teamster elections and the Two-Thirds Rule will be decided at the 2021 Teamster Convention.

Convention Delegates can vote there to make it harder for IBT candidates to get on the ballot beginning in 2026. They will also vote on the future of the Two-thirds Rule.

Teamsters for a Democratic Union (TDU) will help members run for Convention Delegate to protect fair elections and to eliminate the Two-Thirds Rule from the Teamster Constitution.

If you care about democratic elections and fair contract votes, get involved. Contact TDU.

James Hoffa announced in February he would not run for re-election. There are four candidates running for General President.

O’Brien opposes the Two-Thirds Rule and will fight to eliminate it from the Constitution. He is in favor of protecting Teamster elections under the current rules. O’Brien supported the Vote No movement against contract givebacks at UPS and UPS Freight.

He is an IBT Vice President and the leader of Boston Local 25 and New England Joint Council 10.

Steve Vairma was recruited by Hoffa and Hoffa Campaign Operatives Todd Thompson and Christy Bailey to be the candidate of the Hoffa forces in 2021.

He is an IBT Vice President, Hoffa’s Warehouse Division Director, and the principal officer of Colorado Local 455 and Joint Council 3.

Kevin Moore was Hoffa’s original choice to succeed him as General President until they had a falling out.

Moore didn’t get a chance to use the Two-Thirds Rule. The national carhaul concessions he negotiated were rejected by an 87 percent No vote of the members.

Moore is an International Union Trustee and the principal officer of Detroit Local 299.

Secretary-Treasurer Ken Hall announced his candidacy for General President two years ago and has not officially dropped out of the race.

Western Region Vice President Rome Aloise dreamed of running for General President. But he faces new corruption charges and will likely be banned from the union before the election.