How Milwaukee Teachers are Battling ‘Right-to-Work’

An interview with Amy Mizialko, Vice-President of the Milwaukee Teachers’ Education Association 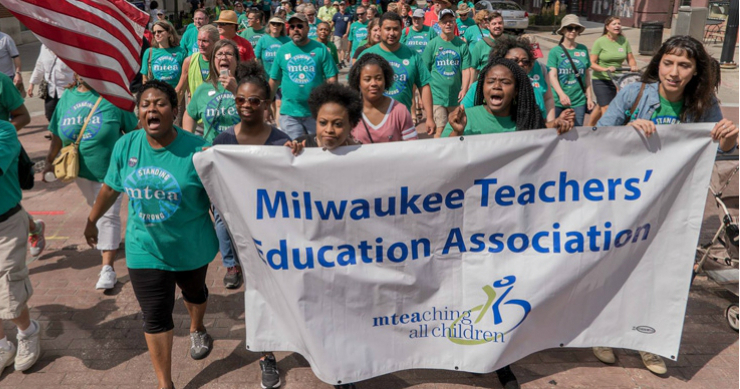 Act 10 is a union-busting attack, but its ultimately an attempt to rob the public treasury and take away education as a public right. It aims to take away public goods and turn them into profit-bearing businesses. Governor Scott Walker knew unions would lead the fight against this, so he went after the unions.

To maintain union certification, 51 percent of the unit (not just dues-paying members) has to vote yes, every year. All non-votes, even of non-dues payers, are considered No votes. This is a huge barrier and some unions have lost their certification. But we’re committed to maintaining it, and use the annual vote as an opportunity to remind our members and the community what we stand for.

How has the union responded or changed since then?

Bob Peterson was elected MTEA President in 2011 and convinced thousands of educators that we could build a new union. We had to build alliances and get engaged in the fight for social justice in the classrooms and in communities. We also have to consider ourselves as leaders of our profession who know what learning and education policy are, and not leave expertise up to the legislature or conservative think-tanks. And of course, we were going to have to battle harder for wages, better working conditions, and benefits.

Members were hopeful, and Act 10 forced us in a way to become stronger than in the past. We had to reach out to 8,000 members to get them to re-join. And asking members to pay $1,000 per year in dues when they’re taking cuts is no small thing. We’ve grown to 70% of where we were pre-Act 10. But there’s a lot more to achieve.

We’ve worked with Schools and Communities United, a multiracial community-labor coalition that is openly pro-public education. People want public schools, and the coalition has been instrumental in mobilizing teachers alongside community members on a number of issues, including defeating a recent attempt by the state to take over schools.

Where do you see things going next?

We’re still evolving. First it was a question of surviving as a union, then of stabilizing our organization. Now we're building more power. We’ve started building school-level leadership teams, for members who want to feel more confidence in taking on and winning fights at the building level. When people realize they have power and capacity, it has a ripple effect, creating both a better working environment and better education experience.

We have plenty of battles to fight. But this whole process has really driven home what it means to be a union. People don’t give up on each other, we don’t give up on our students. We know if we let the union go away, public schools will be stolen from us. And we know what happens when schools become businesses—students and communities suffer. 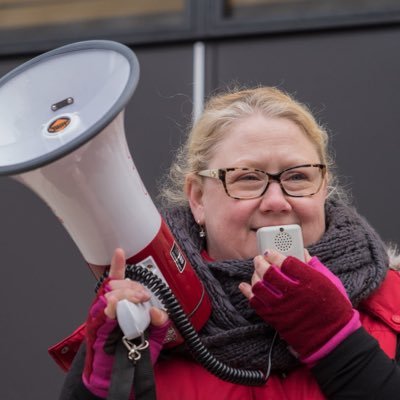 Meet Amy and hear how Milwaukee Teachers are fighting ‘Right-to-Work’ @ the TDU Convention, on Friday, Oct. 27, at the Chicago Holiday Inn O’Hare