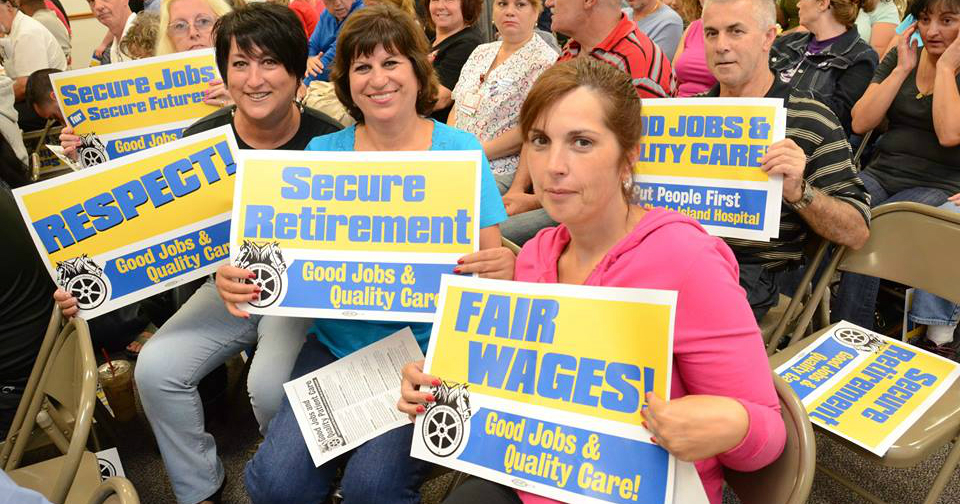 Five years later, the reform leadership is living up to its name by taking united action and rebuilding union power.

It’s a model for what can happen when members organize to reform their local unions.

On their first day in office, they made good on the promise. They voted to cut the salaries of officers and business agents by more than $300,000 a year.

The highest-ranking officers led by example. Secretary-Treasurer and principal officer Matt Taibi and President Paul Santos reduced their salaries by more than $60,000 each.

The savings were put to work for the members on contract campaigns, organizing drives, increased union representation, and leadership development programs for stewards and members.

Before the United Action slate won office, a majority of Local 251 members voted to change the union bylaws so that all shop stewards and contract bargaining teams would be elected by the members.

The old local officers blocked the reform from being implemented—but not for long. Local 251 now has a Membership Bill of Rights.

Members at every Local 251 shop now elect their shop stewards and their contract negotiating committee.

The union has increased representation for the 2,500 members at Rhode Island Hospital by tripling the number of stewards.

By informing and involving members in bargaining, Local 251 is able to mount credible strike threats—and use that leverage to win better contracts.

Budweiser distributor McLaughlin & Moran took a hard line in contract talks and demanded that workers pay out of pocket every week for their healthcare. Management also tried to make members surrender hard-won seniority rights, including a daily bid that prevented management from playing favorites by adjusting routes after they were bid.

“After every bargaining session, we held a parking lot meeting to make sure everyone knew where we were at with the company,” said Matt Carter, a driver and negotiating committee member.

When management wouldn’t budge, members voted to authorize a strike and set a deadline for a strike and statewide boycott against Bud products.

“When the company saw we would stand united, everything changed,” Carter said.

Management dropped its demands for givebacks and agreed to across-the-board raises and to full maintenance of workers’ healthcare benefits. Drivers saved their daily bid.

The bargaining committee called the company to give them the news. Negotiations resumed over speakerphone with all of the members on the line with management.

Before long, the company agreed to a four year contract with $1.00 an hour raise each year and full pension and healthcare.

“When the company hung up the phone, you could hear the cheers all the way to Cranston,” said Dave Robbins, a long-time TDU member and Local 251’s contract negotiations coordinator.

Local 251 has built members’ bargaining power by teaming up with community supporters. “The old union leadership negotiated a secret contract extension with Rhode Island Hospital and we only found out about it when we got an email from Human Resources,” said Antonio Suazo, who’s now a chief shop steward and the Local 251 Vice President.

“As United Action, we brought an end to backroom deals. We start with the members and, when we need to, we involve everyone who’s affected by what happens at the Hospital. We’ve teamed up with the nurse’s union, community groups, and even patients’ families,” Suazo said.

A community delegation led by Jobs with Justice and the daughter of a hospital patient crashed contract negotiations to deliver 20,000 petition signatures to hospital management.

“We didn’t just win a good contract. We won the Hospital’s respect,” said Local 251 Recording Secretary Brooke Reeves. “Management knows that we will mobilize and expose them when they’re doing the wrong thing.”

Local 251 is also a feature at other union’s rallies and on picket lines.

“We are there wherever we’re needed—and other unions turn out to support us when we’re on strike,” said Local 251 Business Agent Matt Maini. “That’s called solidarity—and it works.”

“In this local, we don’t worry about who’s TDU and who’s not TDU," said Assistant Business Agent Dennis Lavallee. “We’re all just Teamsters and we work together for the good of the members. If the whole Teamsters Union was that way, we’d all be a lot better off.”

Winning a good contract is only half the battle. Then you’ve got to enforce it. With over 850 members, UPS is Local 251’s second-largest employer and its number one contract violator.

“Anyone who works at UPS knows this company is always trying to bully you and get over on the contract,” said UPS package driver Ray King. “Local 251 doesn’t roll over. Our local has our back—and we have each other’s backs as a result. I’ve never seen unity anywhere like we have here.”

UPS tried to impose 70-hour work weeks on package drivers to make up for the company’s mismanagement of the Christmas rush. Local 251 responded with Teamster unity and strength.

The day after management tried to force drivers to work extra overtime, members rallied in the UPS parking lot and refused a voluntary early start that management relies on to get the work done at peak season.

Our message was, “Teamsters don’t go out of our way to help the company when management is going out of their way to hurt us,” said Ray King. UPS got the message. Management stopped trying to force members to work six days and 70-hour weeks. The extra overtime went from mandatory to voluntary as a result of the united stand.

UPS Teamsters in Local 251 are taking the same fighting spirit into contract negotiations.

“UPS makes $5 billion a year in profits. But in the last contract the company took concessions. We won’t let that happen again,” said package driver Tom Maguire. “We’re ready to Vote No and do what it takes to win a better contract.”

The victory was part of a new commitment to organize the unorganized. Local 251 launched a new organizing program and hired a full-time organizer.

More than 100,000 workers in Rhode Island, including Teamster school bus drivers, have won paid sick days for the first time.

Local 251 teamed up with unions, women’s groups, and the Rhode Island Working Families Party to campaign for the new law.

The new sick leave law allows three paid days this year and up to five days in 2020.

You can rebuild union power in your local. TDU can help! 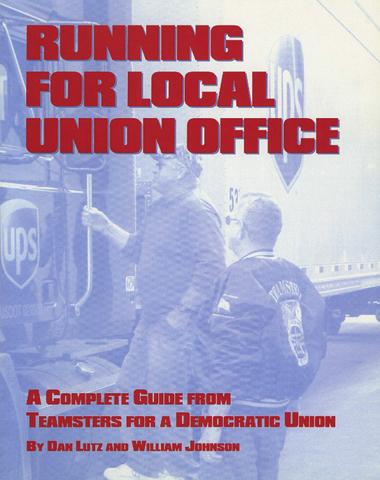 Are you thinking about putting a team together to run for local union office?

Contact TDU to get advice or put together a workshop in your area.

Attend the TDU Convention (Nov. 2-4, Chicago) for workshops on organizing and running for office.