Teamster Voice sat down with Chicago Local 705 Principal Officer Juan Campos to talk about the 2020-2021 Teamster election and the future of our union. Campos is running for IBT Vice President At-Large with Sean O’Brien and Fred Zuckerman on the Teamsters United slate. 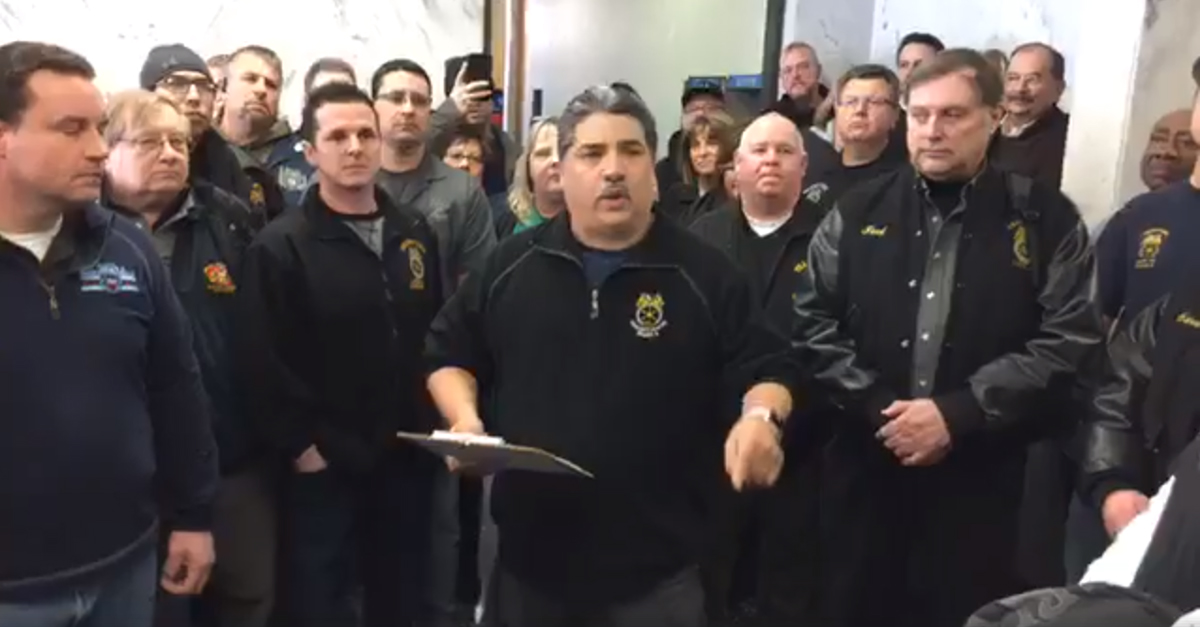 Let’s jump right in. Why are you running?

I’m running for a lot of reasons.

First, the lack of leadership that was shown with the biggest contracts we have.

When members voted down the UPS contract, management announced they would return to the table. But Hoffa imposed the contract. That was the last straw for me.

The next Teamster Convention is going to be so important. The Two-Thirds rule has to go. We have to protect democratic elections. We have to police ourselves and have zero tolerance for corruption in our union.

I’m a big believer in organizing the unorganized. You either bring up the nonunion competition or you’ll be dragged down to their level. The lack of help we see from the IBT when locals are organizing is unacceptable.

The members approved a dues increase in 2002 for strikes and organizing. It’s great that the fund is growing, but if it’s not being used then it’s not helping members.

What are things you do in Local 705 that you’d like to see the IBT do—or see the IBT help other unions do?

In Local 705, we have a model that works. We’re about transparency. We talk directly with the members, get them involved, get their input. Our members are part of the fight. We put the members’ dues to work for the members, not for self-purpose.

Here’s one example. We have the Funds’ actuary and consultant come in each year to report on the status and progress of the pension fund. The members get the same information the trustees do. They’re able to ask questions and have direct input.

One thing I’m very proud of is that we increased pension benefits for the retirees as part of the last contract. We didn’t forget the Teamsters who got us here.

We could have just increased the pensions for the active members—and some people suggested that, believe it or not. They said, ‘Retirees don’t vote.’

That would have been good politics I guess, but it’s lousy unionism. Without the sacrifices of the members who came before us, we wouldn’t have the union or the benefits we have today.

You’re known for putting a big emphasis on union education...

We support any Teamster who wants to become educated about the labor movement. We send members to DePaul University, University of Wisconsin, Cornell, Labor Notes, and others. There’s a ton of educational programs that the IBT doesn’t take advantage of.

If you’re doing your job, you don’t have anything to worry about with “training your opposition.” We need as many good business agents, stewards and rank-and-file organizers as we can train.

If we want a stronger union, we can’t fear having leaders. We should be more afraid of not educating our members.

What are the biggest challenges new union leadership will face?

Getting members to trust and believe in their union again. I believe members are ready to fight. That hasn’t gone away. But they want someone to lead with a plan to win.

We are getting it from all sides—anti-labor companies and anti-labor laws. Nonunion companies that are destroying our industry standards. Just look at Amazon.

If we keep fighting amongst ourselves, I don’t like this person or that person, we’ll never get anywhere.

We need to focus on our union’s goals, not personalities or past differences.

This slate is made of people you wouldn’t expect to come together. You have Sean who took a position against Hoffa for the better good. You have Fred who has been an outspoken fighter for years. And you have myself and Local 705—an aggressive and progressive union that doesn’t stand down.

We’re coming together for a common purpose: getting our IBT where it should be, which is the greatest and most powerful union there is.

What would you say to Teamsters who are skeptical of TDU?

I would say judge TDU by what the organization does, not by how it’s opponents label it. TDU has educated a lot of members and taken on concessions and corruption when a lot of people were turning a blind eye or worse.

When your enemies can’t answer you, they label you. Hoffa’s people act like TDU is a bad word.

That misdirects us and keeps us divided. Labeling is about distracting.

I don’t care what you call me. I’m going to do the right thing for the members.

What role do you see for the rank and-file in this election?

We’re asking members to do a lot more than just vote. If you want to win this election and build a stronger union, you need to give your time.

To win, we need a bottom-up, grassroots campaign. Talk to your co-workers. Take time off and go to other worksites to pass out information, get petition signatures, spread the word. And our work won’t stop there. We want to make sure members remain active even after the election.

TDU and Fred Zuckerman’s Teamsters United were really effective at that last time. This time, we can get over the top—but it’s going to take all of us.