McDonalds has partnered with Visa to launch a website to help its low-wage workers making an average $8.25 an hour to budget. But while the site is clearly meant to illustrate that McDonalds workers should be able to live on their meager wages, it actually underscores exactly how hard it is for a low-paid fast food worker to get by.

The site includes a sample”‘budget journal” for McDonalds’ employees that offers a laughably inaccurate view of what it’s like to budget on a minimum wage job. Not only does the budget leave a spot open for “second job,” it also gives wholly unreasonable estimates for employees’ costs: $20 a month for health care, $0 for heating, and $600 a month for rent. It does not include any budgeted money for food or clothing. 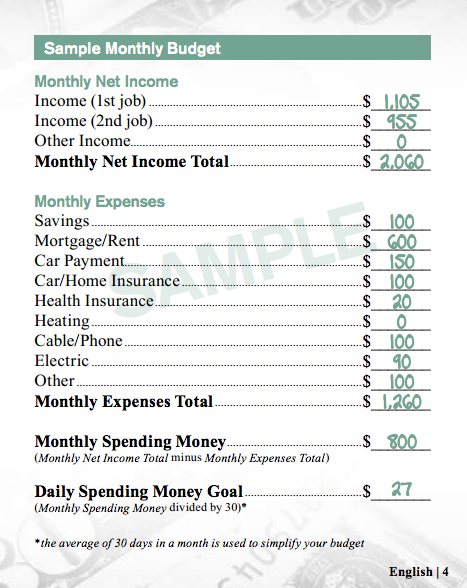 Basically every facet of this budget is unachievable. For an uninsured person to independently buy health care, he or she must shell out on average $215 a month — just for an individual plan. While some full-time McDonald’s workers do qualify for the company’s $14 a week health plan, that offer caps coverage at $10,000 a year and is often insufficient. If that person wants to eat, “moderate” spending will run them $32 a week for themselves, and $867 a month to feed a family of four. And if a fast food worker is living in a city? Well, New York City rents just reached an average of $3,000 a month.

The sample budget is also available in Spanish. On another section of the site, it concludes, “You can have almost anything you want as long as you plan ahead and save for it.”

Neither McDonalds nor Visa returned requests for comment by the time of publication.

Last year, Bloomberg News found that it would take the average McDonalds employee one million hours of work to earn as much money as the company’s CEO. This immense wage disparity in the fast food industry has sparked a series of protests and walk-outs by low-wage workers working at fast food chains around the country — in New York, Chicago, Washington, and Seattle, to name a few cities, workers from chains including KFC, McDonalds, Burger King, and Taco Bell have spoken publicly about the need for serious wage increases across the industry.