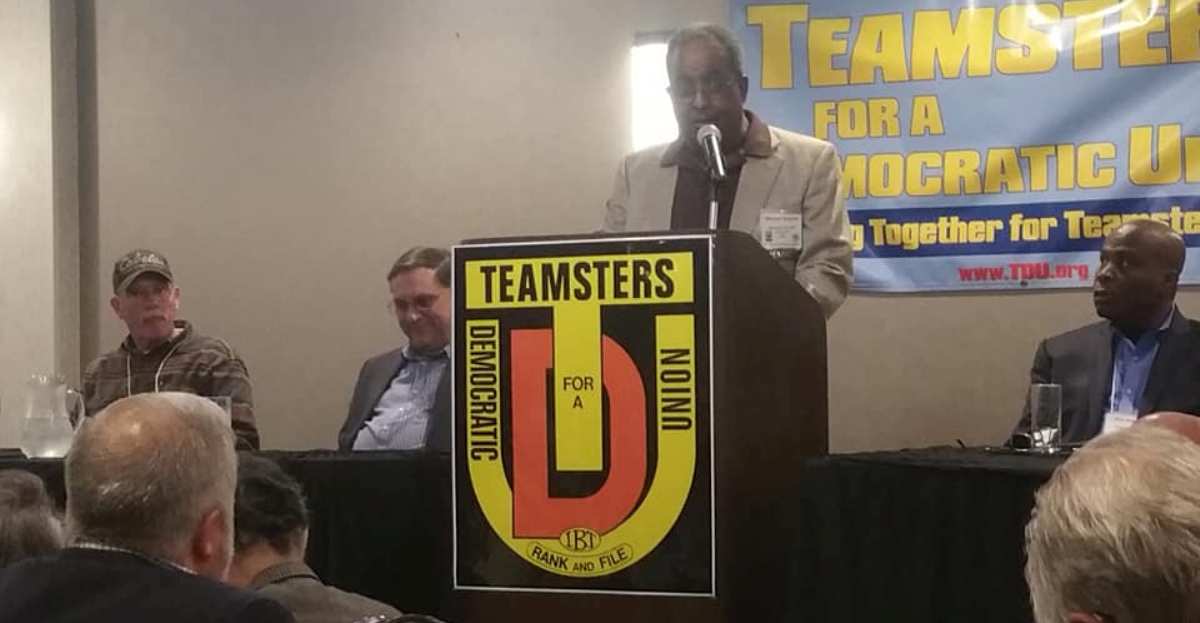 “I wanted to leave more room for some younger leaders coming up,” Michael explained. “But I’m not going anywhere, we have plenty of work to do.”

Although he retired from UPS, Savwoir continues in the Teamster reform movement, as well as the Missouri-Kansas Committee to Protect Pensions, and Heartland Labor Radio productions.

Brother Savwoir started work at UPS in 1969, when Kansas City Local 41 was headed by Roy Williams, until Williams turned the local over to his bodyguard, the boxer Dub Nabors. Williams became IBT President in 1981, but left office two years later when he was convicted of labor racketeering. Williams later admitted that he received monthly payoffs from La Cosa Nostra throughout his career, and that he was instructed to vote with mobster Bill Presser on Central States Pension Fund loans.

“It wasn’t exactly an easy time for Teamster rank and file activism, but we stuck with it,” Savwoir explained. He noted that he attended his first TDU Convention in 1985 in Chicago, and as he approached, a large goon squad from Locals 705 and 710 was on hand outside the hotel.

A lot has changed in the Teamsters Union since then, much of it for the better. We thank brother Michael Savwoir for being a big part of positive changes brought about by our movement.