Minnesota Rally: “We’re going to overturn this damn law and get our pensions back!” 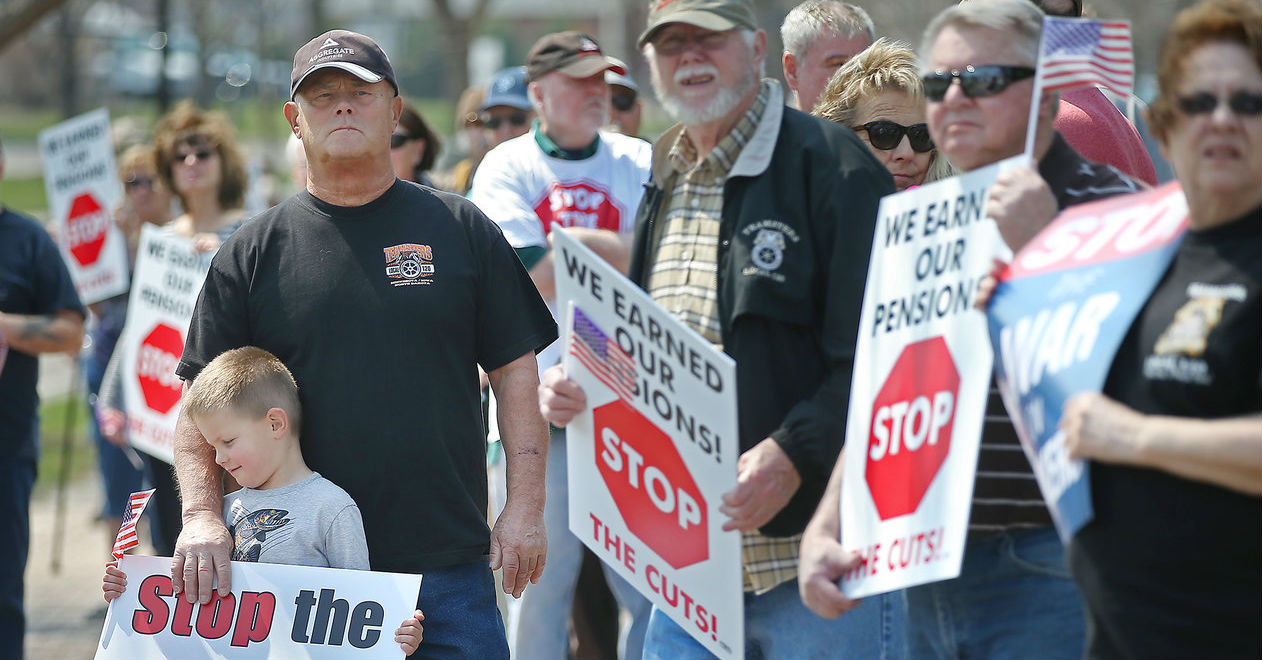 Kline was the principal sponsor of the Multiemployer Pension Reform Act (MPRA) that has set the stage for the current attack on retirement security.

Bob McNattin, a TDU activist and part of the leadership of the Minnesota Committee to Protect Pensions, helped organize the picket and said, “We’re going to overturn this damn law and get our pensions back,” See fuller coverage in the Star-Tribune.

The Minnesota Committee has been organizing against the proposed cuts for over two years and has monthly organizing meetings.

Click here to get involved in the movement to defend pensions.