Each year the Teamster Rank and File Education and Legal Defense Foundation (TRF) analyzes hundreds of LM-2 financial reports and IRS 990 tax forms, which have been filed by locals, joint councils, conferences, and the IBT.

Then we publish the 150,000 Club Report, an annual report of Teamster officers who make more than $150,000. This information is factual and nonpartisan, and includes complete listing of every officer we have salary data for. 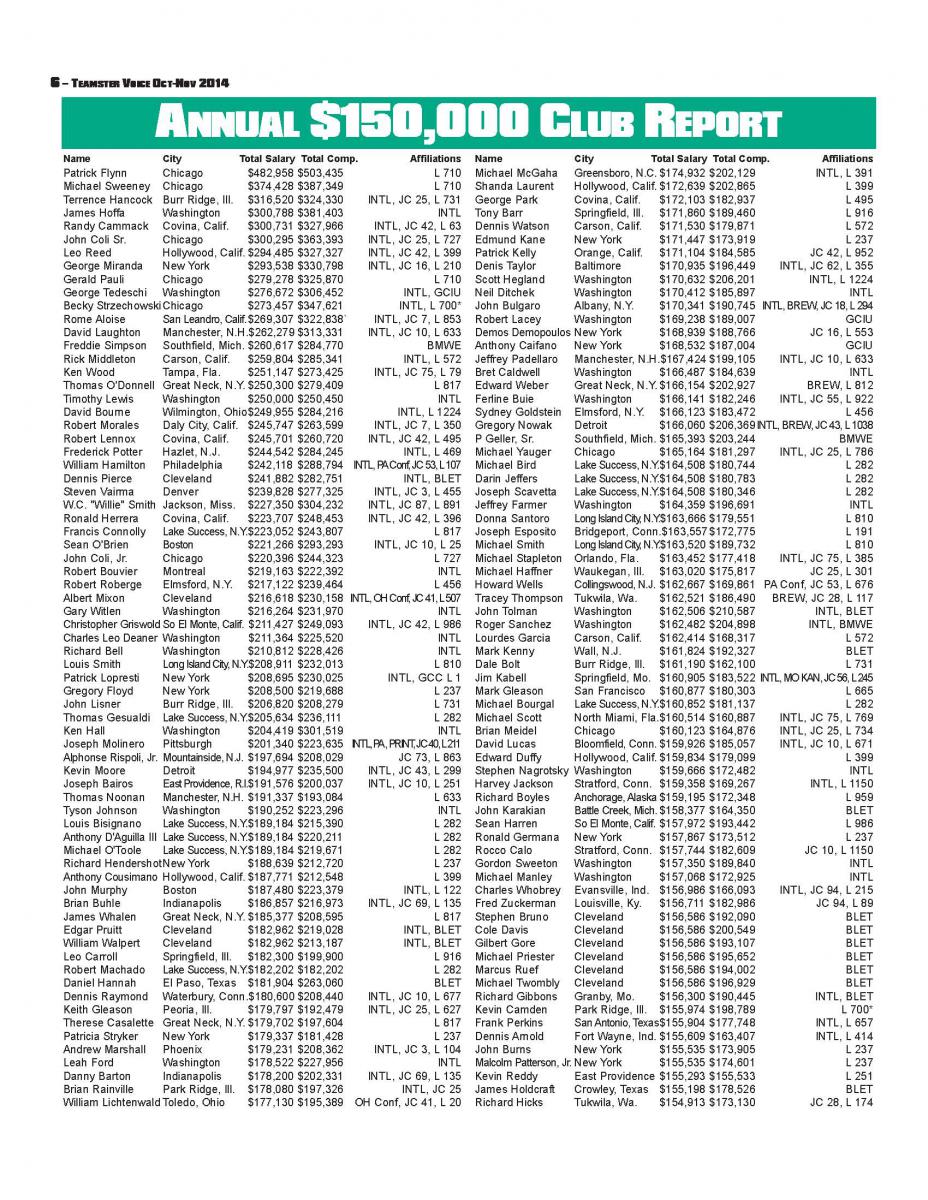 You've heard them, “Times are tough. We all have to tighten our belts.”
But the belt-tightening stops at Hoffa and Hall's door. And so do the big bucks.
Hoffa hiked his pay by more than $6 an hour last year—an increase of $13,539 in just one year. His total annual compensation is now a whopping $381,403.
Hoffa’s salary is limited by language in the Teamster constitution, but he gets around that by taking a “housing allowance” of $60,000.
Hoffa paid an extra salary to 99 of his appointees—each of whom had other full-time salary and job. The cost of those multiple salaries:
$3 million.
In all, 44 Teamster officials made over $200,000 last year, an 8 percent increase.
The Teamster Hypocrisy Award goes to …
The fattest hogs in the Teamsters were among the biggest promoters of concessions.
Pat Flynn and Mike Sweeney of Chicago Local 710 took home nearly $1 million last year from one local union. Flynn’s compensation was $503,435 and Sweeney's was $387,349. They each took a raise of well over $100,000.
During the same year, they tried to convince most of their members to take concessions, at YRC, ABF, Holland, UPS Freight, and UPS. In every case, the Local 710 members voted No.
Flynn’s Teamster career is now over thanks to embezzlement charges by the Independent Review Board (IRB). Sweeney faces charges too. They won't be missed.
But many other Teamster officials sold contract concessions to working Teamsters while taking pay increases themselves. Take a look at the $150,000 Club and you'll see them.
Teamster Perks or Teamster Power?
Many Teamster officials work long hours and they deserve to be fairly compensated. Union leadership is not easy.
Teamster members work hard too. Our dues money should be used to build Teamster Power—not perks for select officers.
When Hoffa first ran for office, he promised to “cut n cap” overly high salaries. But since he’s been in office, Hoffa has jacked his pay up again and again.
He promised to cut multiple salaries. But when he took office, the International paid only a halfdozen salaries to appointees who had other full time jobs. That number has ballooned to 99.
The Teamster officials who get multiple salaries read like a who's who of Hoffa campaign donor list. That’s no coincidence.
TDU believes our dues money should be used to organize, fight concessions and win good contracts.
Hoffa and Hall use our dues to promote concessions and buy support from local officials.
It’s up to Teamster members to take back our union—and put our dues to work for us.
Is there a ghost employee at the IBT? 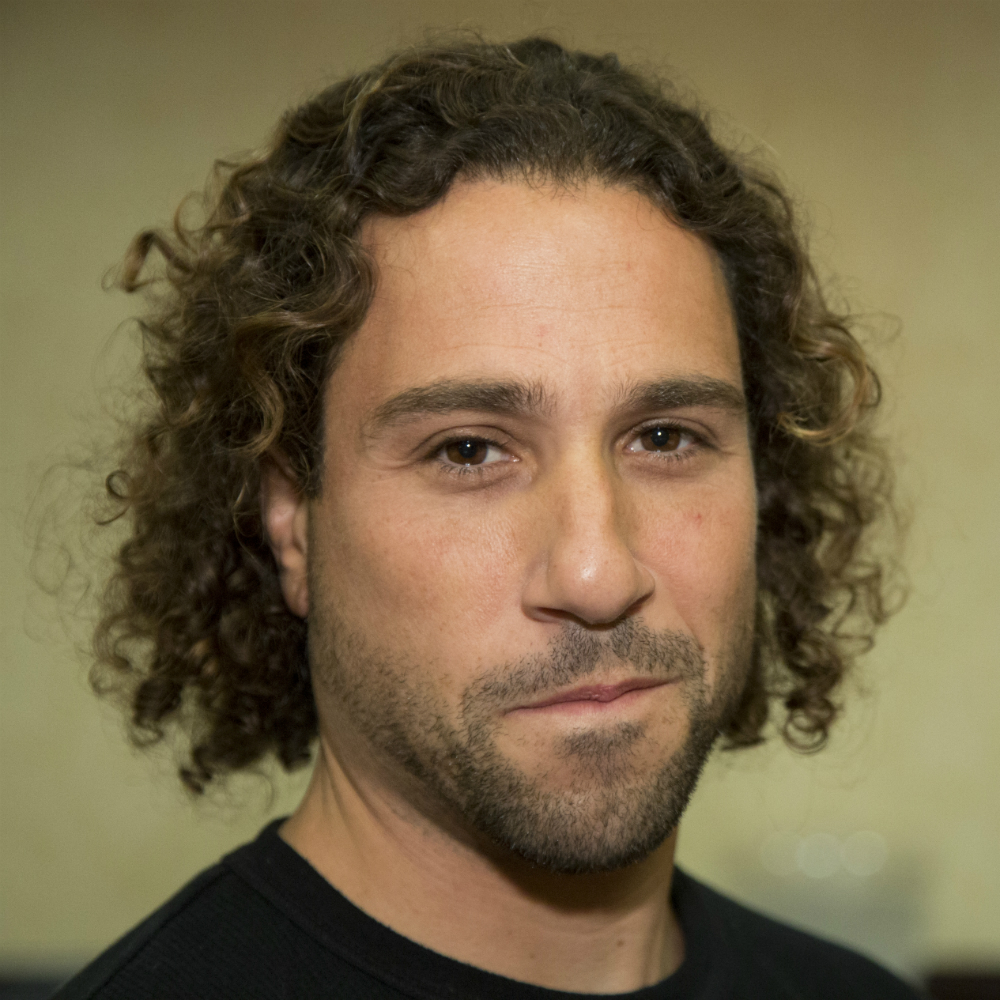 They Don’t Have a Clue

“When I look over this list, I see Ken Hall and so many other officers that negotiated the UPS contract and supplements. It’s true they got part timers a raise but with their salaries and benefits, most of these officers don’t have a clue as to what it’s like to work for $11/hour. They’re out of touch with the membership and it shows in how little they fought for us.”
Kurt Marchetta, UPS Part-time
Local 542, San Diego 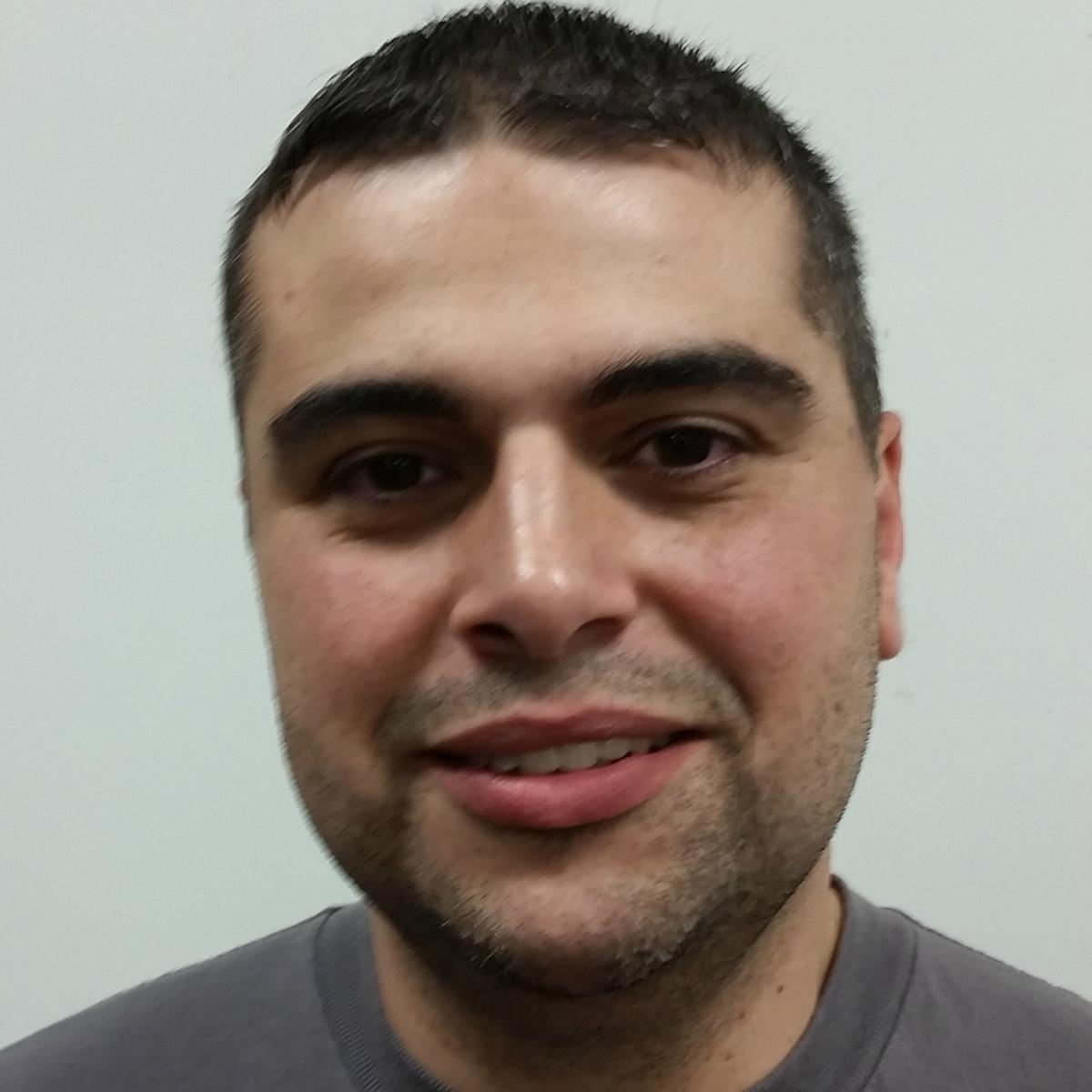 Put Dues to Work for the Members

“When we elected new officers in my local, they cut their salaries by $300,000 and put that money into contract campaigns and new organizing. The Teamsters should be putting our dues to work for the members.”
Armando Brasil, Rhode Island Hospital
Local 251, Providence