35 Years of TDU: 1991 The Right to Vote for Convention Delegates

Since the founding of Teamsters for a Democratic Union in 1976, TDU fought to win the Right to Vote for delegates to Teamster Conventions. In 1991, we secured that right.

Prior to that time, local officials were automatically the delegates. But for the first time in 1991, delegates were elected. And it made an immediate difference. 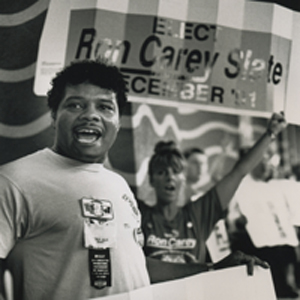 At the 1991 Teamster Convention in Orlando, Florida, there were a number of reform delegates, and TDU had armed them with knowledge about how the Convention would operate and what their rights were.

They were a minority of the Convention, but outspoken, and with the Right to Vote for International officers coming up months later that same year, the Old Guard became nervous. As a result:

The old guard hated this new democracy. Their leaders, such as Rome Aloise (currently an International vice president) and John Williams (currently the IBT Warehouse Director) spoke to the Convention to denounce the Right to Vote for delegates and moved to get rid of it, but it was protected by the Consent Order.

The 1991 Convention was one of those turning points in Teamster history which TDU members are justly proud of.

In 2011, TDU is celebrating 35 years of fighting for a stronger union.