ABF Contract Shows Hoffa-Hall Have Given Up on Teamster Power

In early August, ABF Teamsters in the Central Region, Carolinas, Western Pa., and a couple of other supplements are voting again on the contract.

The initial contract vote was mishandled and suspect, with members getting UPS ballots, no ballots, wrong ballot instructions and with the results being looked into presently.

Maybe they can get a contract passed that way, but they cannot build Teamster power like this. They cannot organize. They cannot defend our pension plans.

They lied to UPS Freight Teamsters and when the members rejected their deal, Hoffa-Hall went into hiding for two months.

It looks like a secret deal with YRC may be in the works, and Hoffa cares more about his hedge-fund pal Harry Wilson than YRC Teamsters.

Worst of all, there is no plan to organize in freight or build Teamster power in trucking.

Teamster power is not just about numbers. It's about a strategy to leverage our power across the supply chain, at ports, plants, rail, trucking, warehousing and distribution, and use that power to grow and diversify our union.

Hoffa wouldn't recognize Teamster power if it stole his golf clubs. We need a new leadership with the vision and commitment to make it happen. 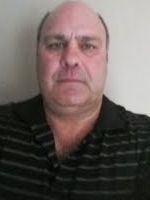 "Teamsters at ABF in Chicago Heights voted overwhelmingly against the proposed contract. We know it will take all of us and many more Teamsters around the country to make sure the vote on supplements addresses the real issues. We're passing out a vote NO leaflet in the Heights but also sending it on to other terminals to build support.

"Somebody needs to stand up for our rights, and that somebody is you!"

Get to the TDU Convention

"We need to recapture the pride and solidarity that we had in the union when I started out. Freight Teamsters were the backbone of our union and we need to restore that power.

"The TDU convention is a great place to recharge your batteries and get informed and organized for the fights ahead. I'll be in Chicago and encourage all my brothers and sisters to join me."