September 15, 2011: Sandy Pope’s first Teamster job was a warehouse selector. Now she’s running for General President on a program of standing up to grocery employers.

“Sandy’s fought for grocery Teamsters at every level of our union—from Local President to International Rep for the Warehouse Division,” said Damon Coleman, a member of Local 572 at Ralphs in Los Angeles.

“Sandy knows our issues. Hoffa doesn’t have a clue.”

She Fights for Us

“The bosses at my warehouse know that Sandy Pope will go to the mat for us—drivers and warehouse workers,” said Bill O’Bayley, a grocery steward in Local 805. “That’s what you want in your President.”

“Sandy’s brought different local unions together to take on employers who are threatening to move our jobs,” said Gina Porcello, a Local 863 Teamster. “She’s smart, she’s tough and you can tell she really cares. It seems like the only time Hoffa thinks about grocery Teamsters is when he wants our vote.”

“The attack on grocery Teamsters is national and it’s serious,” Pope says. “Hoffa has stripped the Warehouse Division down to two full-time staffers. Local unions have been left to fend for themselves. That’s no way to run an International Union.

“I will cut the fat and put more IBT reps out in the field to help locals bargain strong contracts. We’ll launch aggressive campaigns by market area to defend our standards by taking on employers, including the nonunion competitors that are undercutting our contracts,” Pope said.

Pope has done it before. As an International Union Rep, Sandy Pope was assigned to troubleshoot difficult grocery contract negotiations. She won the first-ever union contract at C&S—the largest third-party food distribution company in the world.

Hoffa Can’t Run on His Record

“Hoffa can’t run on his failed record, so he’s trying to destroy mine. It won’t work. I’m the only candidate in this race with a proven track record of taking on grocery employers and winning,” Pope said. 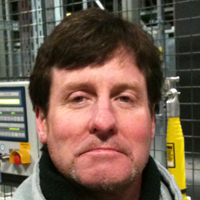 “Sandy’s fought for grocery Teamsters at every level of our union—from Local President to International Rep for the Warehouse Division. Sandy knows our issues. Hoffa doesn’t have a clue.” 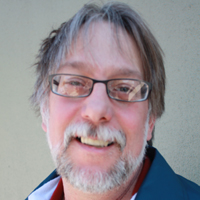 “The bosses at my warehouse know that Sandy Pope will go to the mat for us—drivers and warehouse workers.

“That’s what you want in your President.”