September 20, 2011: Hoffa’s surprise announcement at UPS isn’t the first time that he’s made empty promises to Teamster voters to try to get elected.

Hoffa has a history of promising big. The Hoffa election year playbook is to talk big before the ballots go out and to settle short after the votes are counted.

He’s done it every year that he’s run for office. 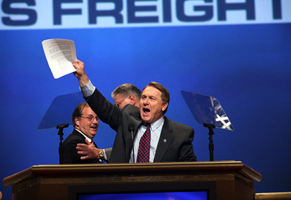 In 2006, Hoffa and Hall told delegates at the Teamster Convention that they’d sealed a deal to unionize UPS Freight.

After the election, it came out that the UPS Freight deal would not go into effect until after Hoffa and Hall signed a concessionary contract at UPS—including letting UPS pull out of Central Sates and eliminated the Article 22.3 clause that required the company to create new full-time combo jobs.

After the election, we learned the Hoffa-Hall card-check neutrality agreement applied only to members at one UPS Freight terminal in Indianapolis. UPS Freight Teamsters got stuck with a substandard contract and never even got to negotiate work rules as promised in that agreement. But by then, the votes were counted. 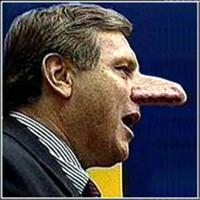 In 2001, Hoffa gave his famous, “That I Promise You, That Will Happen” speech. Hoffa guaranteed a series of promises that he promptly broke after the ballots were counted, including:

Hoffa Promise: “If I am elected, we will defeat Overnite.” Instead, Hoffa pulled the plug on the strike and left Overnite workers high and dry for seven years.

Hoffa Promise: “I will end government control of the Teamsters Union.” Instead, Hoffa’s own anti-corruption director Ed Stier resigned after Hoffa blocked his investigations into corruption in Chicago. After that, the government was in our union to stay.

Hoffa started his career as a Teamster presidential candidate the same way he’s ending it—lying to the members.

In the 1996 campaign, Hoffa promised to cut n cap his salary at $150,000. Instead, Hoffa gave himself a raise and has raised his salary ever year since. Last year he got $368,000, including a lucrative “housing allowance.”

In 1996, Hoffa promised “No Dues Increase.” Instead, he called a Special Convention and pushed through the biggest increase in Teamster history--and denied members a vote on his dues hike.

Hoffa promised to deliver a Real 25 & Out Pension to every Teamster. Instead, tens of thousands of Teamsters have lost the 25 & Out pensions they enjoyed for years until Hoffa came along. 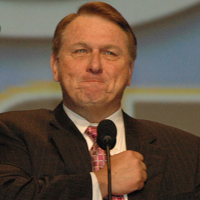 In an election year, there’s an easy way to tell when Hoffa is lying: his lips are moving.

Teamster members have learned this the hard way. And they won’t be fooled again.