January 3, 2014: Meet Harry Wilson. Hoffa appointed this Wall Street tycoon to the YRC Board of Directors. Now Wilson is making millions on the YRC concessions deal. 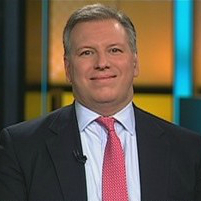 Hoffa appointee Harry Wilson has received, or stands to receive, as much as $15 million for dealing with distressed companies that bargain with the Teamsters since he was first tagged by James Hoffa to work on YRCW’s 2011 restructuring. This includes a $5.5 million bonus if YRC members approve the concessions and a bank deal is consummated.

Who is this man?

Wilson’s early career was with various hedge fund and private equity firms. He made it big on Wall Street and retired at age 36.

He entered government work, and served as a major player on the Auto Industry Task Force, working on the GM and Chrysler bankruptcy cases. Then Wilson, a Republican, went into politics. He unsuccessfully ran for Comptroller of New York State in 2010.

Soon after that political foray, Wilson formed MAEVA Advisors in 2011. MAEVA is a low-profile operation, with a one-page website (maevaadvisors.com) that lists nothing but a phone number and an email address.

Then he hooked up with the Hoffa administration.

On February 28, 2011, Hoffa announced that Wilson was joining the YRCW restructuring efforts on behalf of the Teamsters to “break the logjam between the company and the lenders’ group.” Wilson also had a role in the Hostess restructuring, with MAEVA reportedly receiving $200,000 per month over an extended period. In October 2013 MAEVA filed papers requesting payment of $3.5 million in the bankruptcy court in the case. If Hostess had survived, the company would have been required to pay MAEVA’s fees.

But YRCW was a bigger cash cow. Wilson’s initial YRCW work in early 2011 paid him $125,000 per month, plus a bonus of $1.5 million in July 2011. That was just weeks after Tyson Johnson excitedly told the Teamster Convention in Las Vegas of the YRCW restructuring, in which Hoffa named Wilson as an IBT appointee to YRCW's board. Sources claim that Wilson convinced his fellow board members to pay him an additional $1.5 million for his role in the restructuring, for a total payout of over $3 million for work that lasted only five months.

During the November meeting of Teamster local officers in Dallas, YRCW’s CFO, Jamie Pierson, told the Teamster officials that they had evaluated various restructuring experts and determined that MAEVA was the best resource to lead the restructuring.

On February 1, 2013, the YRCW Board engaged fellow board member Wilson to lead a strategic initiative related to restructuring again the company’s deals with the banks. The engagement agreement (contained in SEC filings) explicitly states that the IBT approved of this arrangement! According to the contract Wilson is receiving $250,000 per month and is eligible to receive a completion bonus not to exceed $5.5 million if members approve the concessions and the deal is consummated. Wow.

It seems odd for a public corporate board to select one of the directors to function as the company’s investment banker. This is complicated by the fact that Wilson was appointed by the IBT in part to protect the interests of Teamster employees. But the deal he has engineered requires those Teamsters to accept new concessions. Add to that the extra $5.5 million Wilson has riding on the concession vote. That’s quite a web of potential conflicts.

One thing is certain: no concessions will be taken by Hoffa, Ken Hall, or their appointee, Harry Wilson.

Freight Teamsters: Don't Give Up. Step Up.

Millionaires like Harry Wilson are getting rich off the concessions that are destroying good union jobs. To take back the International Union, we need a united movement. Don't give up, step up.