How TDU Won Contract Rights for All Teamsters

Teamster members do have power and democratic rights when it comes to voting on their contracts.

It was not always this way. But Teamster members united through TDU to win key rights at contract time.

TDU won the Right to a Majority Vote on Teamster Contracts 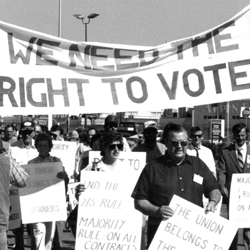 Teamster members have the right to vote on their contracts by majority rule.

This might seem like a no-brainer. But before 1987, it took a two-thirds vote to reject a contract.

That meant that employers could force through a bad contract if it was approved by just 33 percent of the members.

TDU launched a national campaign and we went to court. In 1987, we won the Right to Majority Rule on contracts.

TDU won the Right to a Fair and Informed Contract Vote 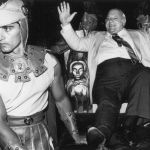 Teamster members have the right to see the entire wording of all changes to their contract and supplement before a vote—thanks to TDU.

In 1984, the International Union secretly renegotiated the national UPS contract—behind the backs of the members and local officers too!

TDU went to court and overturned the secret deal in the precedent-setting Bauman v. Presser case. The judge ordered the ballots impounded.

And Teamsters won the right for every Teamster to cast a fair and informed vote in all contracts.

TDU won the Right to Vote on all Supplements and Riders 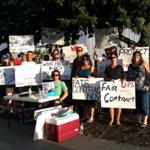 Teamster members have the Right to Vote on their supplements and riders. Members have used this right to defeat contract givebacks.

UPS Teamsters voted to reject 18 supplements and riders this year. As a result, they’ve defeated some of the TeamCare healthcare cuts and are continuing to organize to protect their healthcare and win improvements in their supplements.

Teamsters did not used to have this right. That gave employers a tool to force through unpopular concessions in supplements.