Teamster History: How the "Club" Changed Our Union

November 26, 2012: It started in the mid-1970s, with an organization called PROD, the Professional Drivers Council. PROD collected hundreds of LM-2 financial reports on Teamster locals, joint councils and the International and began to analyze them, tracing all the multiple salaries, family connections, and more.

In 1979 PROD and TDU joined hands in one organization. TDU has published "The Club" annually ever since.

A look at the history shows how this research has changed Teamster financial priorities for the better.

By the mid-1980s, top Teamster officials were pulling down salaries of up to $609,000. Indexing this to the cost of living, that would be $1.28 million in today's dollars!

It was obscene. Along with that, they had private jet planes to ferry them to resorts.

TDU was exposing all of it with hard facts, and members were mad.

Then, on March 14, 1989, we won the Right to Vote for International officers. The plan adopted by the court tracked what TDU had proposed to settle the racketeering case filed by the Justice Department against top Teamster officials. The settlement came the day before the trial was to start.

TDU went to work, hard and fast. "Wanted" posters were issued, detailing top salaries of the incumbent members of the General Executive Board, such as Arnie Weinmeister, who pulled down $502,276 in 1989.

Weinmeister then withdrew from the election. So did Weldon Mathis, General Secretary Treasurer of the IBT.  TDU's "club" report took on new power.

Members were not going to vote for people pulling down these salaries. So the insiders picked R. V. Durham to run for president, an officer from North Carolina who had not yet reached those inflated salaries.

But TDU was on the move. TDU, along with Ron Carey, who was running for General President, proposed to limit salaries, especially multiple salaries. The Carey campaign grew.

So, Durham tried to head off our momentum. He proposed a watered-down version of the TDU proposal for the IBT Constitution, and it was passed at the 1991 IBT Convention. It set the General President's salary at $250,000 (plus a cost of living bump for every year an incumbent stays in office) and a ceiling: no International official could make multiple salaries totaling more than the General President's salary.

The corporate jets were sold. And Carey, after winning the election, sold the limousine they rode around in.

Ron Carey then made other reforms to change the union's priorities. He closed down the "area conferences" which paid 63 multiple salaries.  A fresh wind was blowing.

But TDU continued to publish the "$100,000 Club" every year, without fail. Ron Carey was listed, just like everyone else. No salary has ever been left-out or altered.

The Club makes a big difference in how Teamster dues money is spent. But still, too much of it goes to multiple salaries and to cronies, when it could be better spent on organizing, winning better contracts, and educating Teamsters.

TDU provides this information for members, because an informed membership makes a stronger union. It is nonpartisan. It is not an attack on those listed; many are hard working officers.

Click here to download TDU's Annual Teamster Salary Report. This longer report includes all officials who made over $120,000 in salary. 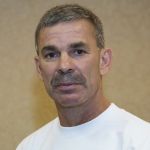 "TDU gives Teamsters information they can't get anywhere else. Knowledge is power, and TDU gives members their power. That's why Hoffa and certain officials hate TDU."