January 18, 2010: Like a cat with nine lives, YRCW rolled into 2010 with its debt-reduction plan implemented.

The International Union got some credit for closing the deal by threatening to expose any hedge funds which refused to tender their YRC bonds because they could profit from a bankruptcy.

The YRC situation has highlighted the need for new financial regulations to make such instruments illegal.

Why give brokers and bankers incentives to close companies and destroy pension plans? It’s like allowing people to buy fire insurance on other peoples’ homes, and should be just as illegal.

As we go to press in mid-January, Chicago remains an open question.

On a Jan. 8 conference call with members, Freight Director Tyson Johnson stated that he hoped to have Local 705 and Local 710 Teamsters under the full concessions by Feb. 1.

Presently they are under a 10 percent wage reduction because they have repeatedly rejected the latest concessions.

If another vote is taken on the additional concessions, it will be the fourth vote for Local 710 and the third for Local 705.

Johnson, Pat Flynn and other IBT officials told Chicago members during the last vote in December that if they voted No, YRC would have to shut down before the end of the year.

Many members smelled that stuff a mile away, but since then YRC has routed some freight away from the Chicago locals in retaliation.

Sacrifice Doesn’t Mean Giving Up or Giving In 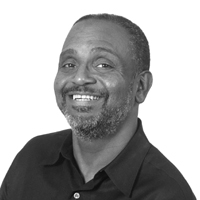 “YRC Teamsters made tremendous sacrifices in 2009 to see our way into 2010. We all pitched in to shore up the company.

“But our so-called survival needs to mean more than bowing down to the company’s agenda.

“We need to defend the contract and save our union. Our future has to be about regaining Teamster power on the job.”

Management Has to Do Its Part 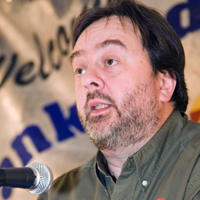 “Both the IBT and YRC big shots are calling on Teamster members to help the company regain our customer base and lost freight.

“That’s a tall order when management has cut our numbers to the bone.

“We need more drivers and dockmen brought back off layoff to restore consistent service numbers and any kind of confidence in YRC.” 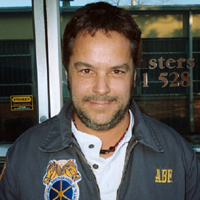 “It’s only a matter of time before ABF management comes to us for givebacks.

“If the situation at YRC is any example, Hoffa and Tyson Johnson aren’t going to put up much of a fight. It will all be about helping the company compete and get through the recession.

“We need to protect our wages and benefits as the standard for the freight industry. That means no concessions.

“Otherwise it’s just a spiral to the bottom as they force us to give more and more.”

“When it comes to numbers, the company can say what they want but drivers know what’s going on. There are missed pick ups and deliveries because we’re understaffed on the union side.