YRC Trying to Tear Up the Contract

December 20, 2010: YRC thinks our union will take pretty much anything management wants.

But members are pushing back.

Since YRCW got the concessions approved in the vote, they decided that YRC Teamsters and the Teamsters Union will take pretty much anything management wants. But Teamster members are pushing back.

“Most Teamsters were willing to vote yes to try to save the company and the job but we didn’t vote to work for free,” reports Glenn Nicodemus, a Holland line haul driver out of Ft. Wayne, Ind. “The company is using the MOU to do whatever they want and we can’t get any clarifying language out of the IBT.”

At the Copley, Ohio terminal, YRC decided to expand the concession agreement in terms of straight eight-hour bids. After members and Local 24 pushed back, the issue was put on hold—at least for now. The steward they fired over a nonexistent work stoppage is back to work.

In Chicago, Kansas City and elsewhere, YRC eliminated rail shuttle jobs, taking trailers to and from the rail yards, saying all that work would be done by road drivers under the one pick-up and delivery concession clause. Again, a push back from Teamster members has that situation held off, at least for now.

Then Holland management decided that they could have road drivers do drop-and-hook work at breakbulk terminals, although the concession agreement specifically prohibits this practice. They claim there is some difference between “distribution centers” and “breakbulks.” Even worse, they decided road drivers should perform this work for free, without going on the clock to be paid. This affects several Holland terminals in the Midwest.

Once again, Teamsters and some locals demanded action from the International, and at least for now, the problem has been stopped.

As one YRC steward told us, “They signed this concession agreement, and it doesn’t seem like the International Union has much of an idea what it means, or how to enforce it. We gave the company a hell of a lot. It’s time for the Hoffa administration to demand that YRC live up to its obligations.” 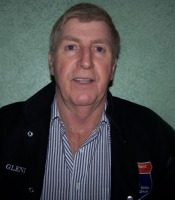 We Won’t Work for Free

“Most Teamsters were willing to vote yes to try to save the company and the job but we didn’t vote to work for free.

“The company is using the MOU to do whatever they want and we can’t get any clarifying language out of the IBT.”