The hearing on the corruption charges against Rome Aloise ended on Thursday. His fate now rests in the hands of Judge Barbara Jones, the Independent Review Officer (IRO). 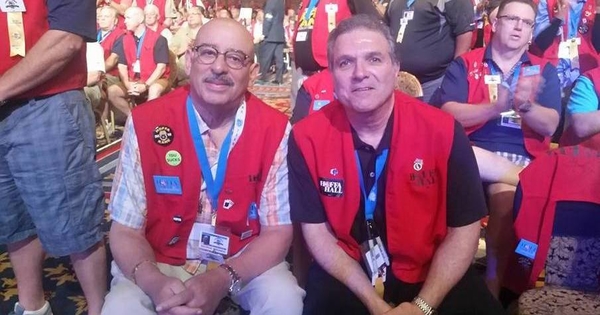 Aloise may be permanently expelled from the Teamsters for taking employer gifts, interfering in a local union election, and negotiating a sham contract for his employer friend.

Judge Jones will issue a decision, after reviewing a mountain of evidence submitted via exhibits, depositions, and today’s testimony. 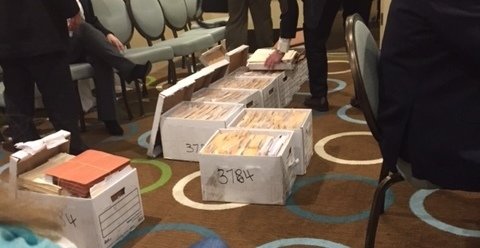 The hearing itself was brief. The Independent Investigation Officer (IIO) made his case a year ago, when 372 documents and depositions were submitted, along with the detailed charges.  More exhibits were submitted today.

Judge Jones will receive a brief from Carberry within three weeks, then Aloise’s attorneys will have another three weeks to respond, and a decision will issue at a later date.

The case against Aloise was prosecuted by veteran anti-corruption investigator Charles Carberry. On the stand, Aloise’s favorite response to Carberry’s questions was “I don’t recall.”

Aloise called two corporate executives to testify on his behalf, including Pamela McKenna, the VP for labor relations for Gillig Corporation, a Local 853 employer of some 600 Teamsters.

Aloise had threatened trouble for the corporation unless they hired his cousin, who Aloise described as “not the brightest candle in the box.”

Gillig CEO Dennis Howard told the court that if he started a new company, he would make sure it was nonunion “a hundred times over.” But the CEO said he was happy with the Teamsters because of the “professionalism” of Rome Aloise.

Howard is not the only CEO that Aloise has made happy. In a series of emails obtained by corruption investigators, Southern Wine & Spirits executives praised Aloise for forcing through contract concessions over the opposition of Teamsters in Minnesota.

SWS executives rewarded Aloise with six tickets to the exclusive Playboy Party at the Super Bowl. On the stand, Aloise’s defense was that the tickets given to him were free, so therefore they were of no value.

Aloise didn’t explain why he wanted the worthless tickets, but it’s clear as day why the corporate executives he bailed out in bargaining gave him the gift.

Carberry noted that the party was packed with movie stars and athletes, and asked Aloise if he was an actor or athlete. Aloise admitted that he is neither.

Although Aloise had amnesia under questioning, he became very talkative when testifying about what a great leader he is. Aloise claimed he is being picked on.

He admitted to illegally using union resources to oppose election challengers to his ally in Local 601, but said that was no big deal.

Apparently, Aloise has been caught and fined so many times for illegal campaign activity and punishing anyone who runs against his friends that it’s business as usual to him.

An estimated $40,000 in salaries and benefits were paid to nearly 100 officials to sit at the Sheraton in San Francisco and kiss Rome’s ring one last time.

Aloise’s days as a Teamster power broker may be nearing a close. But the corruption scandal continues.

Corruption investigators went to court to obtain Smith’s bank and phone records after he was caught taking gifts from another employer—Charles Bertucio, the beneficiary of the sham contract negotiated by Aloise.

After Hoffa-Hall officials rigged the bidding for a lucrative contract at a Teamster benefit fund, Bertucio took Hoffa, Smith and other members of the Hoffa-Hall inner circle on a golf trip to Europe.

You can read the corruption charges against Smith here.

The Aloise scandal reveals the straight line that runs from corruption to concessions and other attacks on Teamster members.

TDU fights corruption to increase our union's strength, credibility and leverage, from the bargaining table to organizing campaigns. That's where we stand. How about you?