Hoffa’s Executive Assistant Willie Smith has been charged with taking thousands of dollars in illegal gifts from a Teamster employer who gave him tickets to the Playboy Super Bowl Party in exchange for contract concessions. 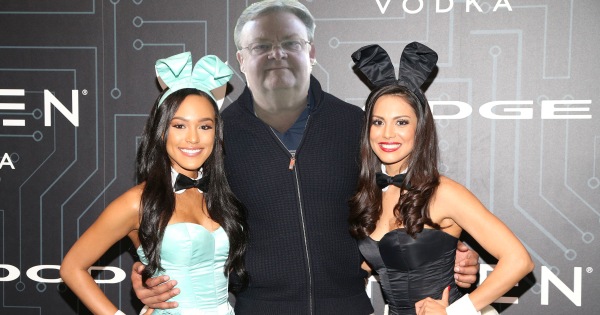 Independent Investigations Officer Joseph diGenova has given Hoffa until February to act on the IIO report and findings that Smith violated federal law and the Teamster Constitution.

The charges against Smith reveal the Hoffa corruption-concessions connection at work.

The report spells out how it happened. After Teamsters in Minnesota rejected a contract at Southern Wine & Spirits (SWS), a company attorney contacted Aloise because he was worried that an SWS executive was going to “throw more money” at the members to get the contract passed. (Page 5 of the report)

The company lawyer begged Aloise to intervene. Aloise stepped in, took over negotiations and forced through a lesser offer.

“Thankful to Aloise for causing the Local [officer] to accept a contract for less than the employer had been prepared to pay, the company secured the admissions [to the Playboy party] for Smith that Aloise requested. (Page 7 of the report.)

SWS got concessions and Smith got six tickets to the Playboy bash worth $1,000 each.

The charges reveals Smith’s bush-league efforts to lie and cover up his corruption.

Smith told investigators the tickets had no value. False.

Smith told investigators there was no food at the event and practically no alcohol. Another lie.

Smith described the dullest Playboy party imaginable and told investigators he drank only bottled water and paid for it himself.

But emailing Aloise from the Playboy food and booze-fest, Smith said, “Wish you were here. . . . the scenery divine. . .”

This is just one of the many emails obtained by corruption investigators. The ones between Aloise, Smith and SWS executives are downright shocking.

Since March, the Hoffa-Hall administration has deleted and withheld thousands of emails and documents from investigators to shield themselves until after the Teamster election. Hall faces obstruction charges.

The illegal employer gift from SWS is just the beginning of Smith’s problems—and Hoffa's.

Corruption investigators went to court to obtain Smith’s bank and phone records after he was caught taking gifts from another employer—Charles Bertucio.

After Hoffa-Hall officials rigged the bidding for a lucrative contract at a Teamster benefit fund, Bertucio took Hoffa, Smith and other members of the Hoffa-Hall inner circle on a golf trip to Europe.

You can read the new corruption charges against Smith here. They won’t be the last ones.