Teamster members are electing new officers and winning a new direction in their local unions. 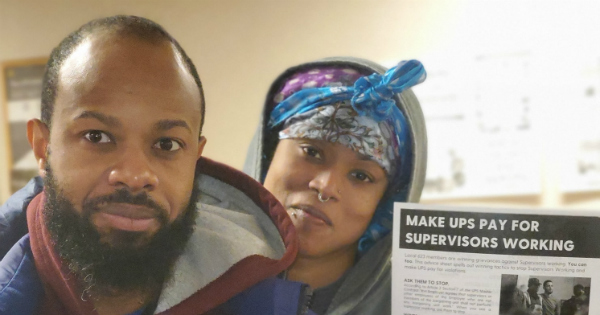 Teamsters in Philadelphia, Charlotte and Maryland have elected reformers to lead their local unions.

Now, they’re working together to rebuild union power by restoring the union’s presence on the job, increasing communication, enforcing their contracts, and uniting the members.

“For years I fought without the union leadership having my back. I was ready to give up,” said Kissy Thomas, a UPS part-timer at the Philadelphia airport.

“Everyone is excited to see union leaders showing up, standing up for us and having our backs,” Thomas said. “It’s making people believe in our union again.”

Like the members in Philadelphia, Teamsters in Charlotte Local 71 Voted No against contract givebacks at UPS. But weak representation was another big reason that members elected new leadership by a three-to-one margin last fall.

“We’ve seen our BA at my building more in the last couple months than we saw our previous BA in years,” said William McMahon, a UPS package driver in Lancaster, SC.

“Members are enthusiastic that our union is showing up and bringing the fight to the company,” McMahon said.

Inspiring Members to Get Involved

“The new leadership has given members the opportunity to interact and organize with each other. It’s inspired me to get involved. I feel like a member now instead of a dues-payer.” 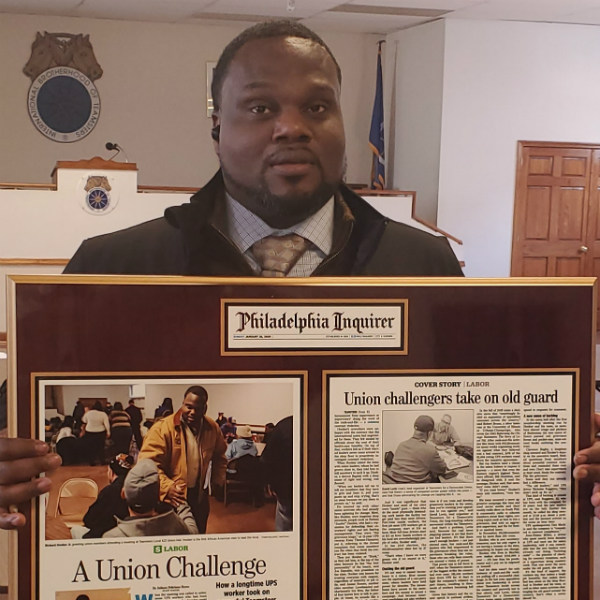 “We have great communication and transparency. We know who our stewards are and how to reach them,” said Howard C. Goodison, a UPS part-timer at the Philadelphia Airport.

Combining social media tools with old fashioned member-to-member organizing methods, members are stepping up and getting involved to spread the union’s message.

Members are papering the buildings with leaflets from the local with instructions on how to file grievances against supervisors working. Stewards are getting more training, and members are getting more information and support to enforce the contract.

In Charlotte and Philadelphia, the company is used to weak contract enforcement and go-along to get-along union officials. Members are slowly beginning to believe in their union again.

For years, stewards were not taken seriously by management, or were undermined by weak officers. But management is realizing times are changing.

“Thanks to training and support, stewards are being empowered to stand up to the company,” McMahon said.

The Union Has Our Back

“Everyone is excited to see Business Agents showing up, standing up for us, and having our backs. “It’s making people believe in our union again.”

Mobilizing for a Strong Contract

Teamsters Local 96 represents 600 Teamsters at Washington Gas. Members elected the New Beginning Slate which promised to bring members’ voice to the bargaining table and to take on concessions. 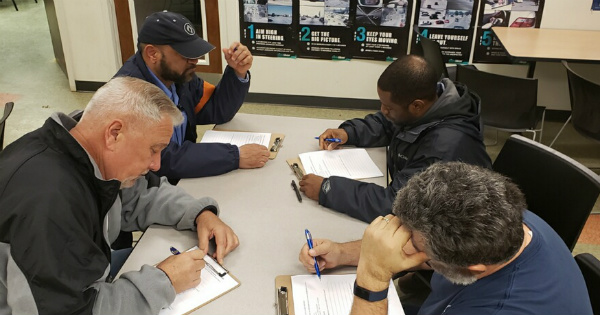 The new officers are mobilizing for their first contract negotiations. They organized Contract Action Team to inform, mobilize and unite the members.

“Last contract negotiations was a whole lot of decision-making within the e-board. They might hold a couple meetings where we’d get broad strokes about what was happening, but whatever their agenda was, that’s what we got,” said Wade Davis, a Local 96 member and member of the Contract Action Team.

This time, Local 96 leaders are building the union’s bargaining power by reaching out to every member through a contract campaign.

Contract Action Team volunteers designed a four-page contract survey and had members fill it out in parking lots and break rooms. More than 500 members completed the survey—an 80 percent participation rate.

“When you organize member-to-member instead of top-down, everyone is a part of the process. That way we’re all in. However hard we work, that’s how far we’ll go,” said Wilder Reed, Local 96 President.

It’s easy to run on a platform of positive change and unity. But after the election is over, the real work begins. Management will put the new leadership to the test, and works hard to discourage the membership from believing in the union.

“It’s an uphill battle. Management is there for each other. We’re working to build that same solidarity in the union,” said McMahon.

“We’re building unity by educating others on the contract – we call it ‘The Bible’ – and teaching members that the union is a family.” Thomas said.

“The new leadership has given members the opportunity to interact and organize with each other. It’s inspired me to get involved. I feel like a member now instead of a dues-payer,” said Davis.

“We have great communication and transparency. “We know who our stewards are and how to reach them.”

“We’ve seen our BA at my building more in the last couple months than we saw our previous BA in years. Stewards are being empowered to stand up to the company.”