UPS Teamsters and TDU members Corey Levesque and Anthony Rosario have gone from volunteer organizing to working as part-time organizers at Amazon. Teamster Voice talked to them about what it’s like and how Teamsters can build a movement to organize Amazon. 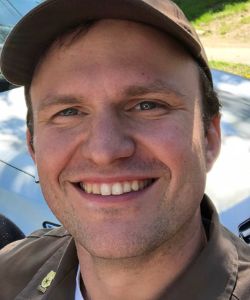 “If we are serious about organizing Amazon, we need to recognize that this is an unusually promising moment. Teamsters need to jump in with our members and resources to help!

“We only got started a few months ago, and already we have contacts at most of the Amazon warehouse facilities and with drivers at five subcontractors in our area.

“I see our job as helping Amazon workers to build their own committees and through their on-the-job actions, experience worker power. That feeling of unity and union has to take root in the workplace.

“We are also working with community groups to assist and support our organizing program. We can’t win without community support.” 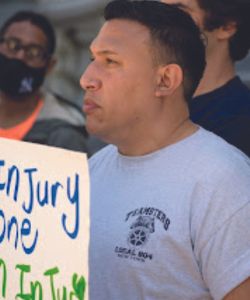 “The Amazon workers I talk with are smart. They know they are being ripped off. They know that Amazon can afford to pay them a living wage—that they aren’t getting what they’re worth. Most are looking for other jobs or working two jobs. But these jobs could be good career jobs instead of a revolving door.

“When Amazon workers see us fighting for a good contract [at UPS], they will have a better understanding of what the labor movement is. And when we win a good contract, we’re helping them too. By taking on UPS, Teamsters will be setting the standard for the entire warehouse and delivery sector. We can show the world what a labor movement really looks like!”