The Teamster Election Raffle is raising funds to build a campaign war-chest to safeguard our Right to Vote and help win new leadership in 2021. 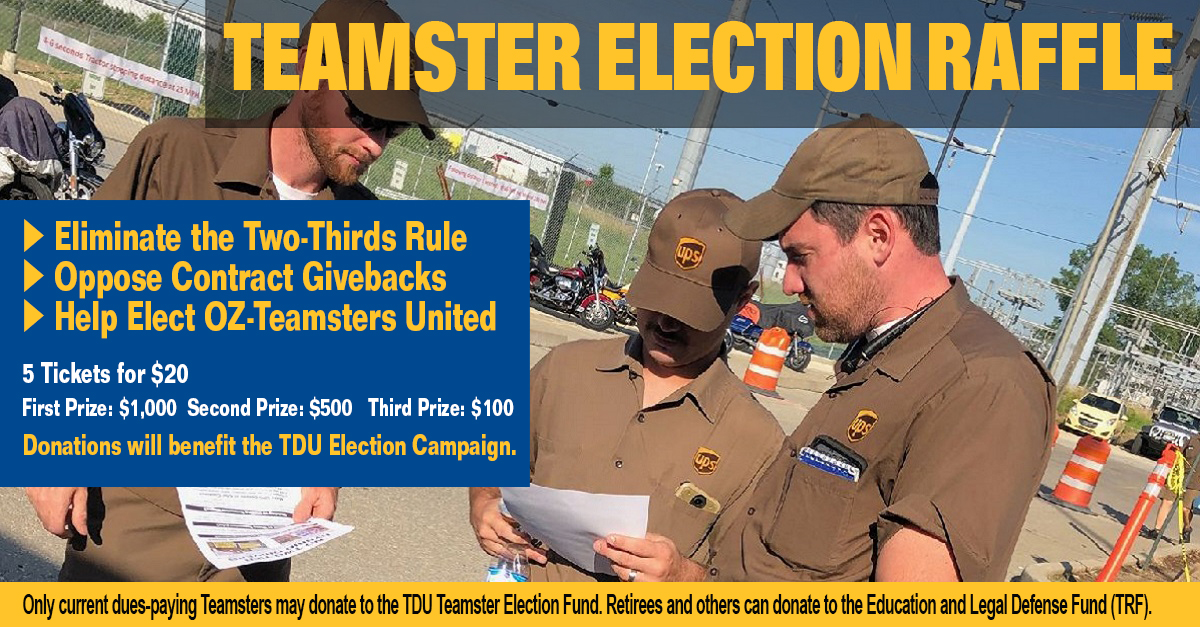 TDU is building a campaign war-chest to safeguard our Right to Vote and win new leadership in 2021. The Teamster Election Raffle is raising funds that will help:

To order books of tickets to sell order online here.

Only current dues-paying Teamsters may donate to the TDU Teamster Election Fund. Retirees and others can donate to the Education and Legal Defense Fund (TRF).