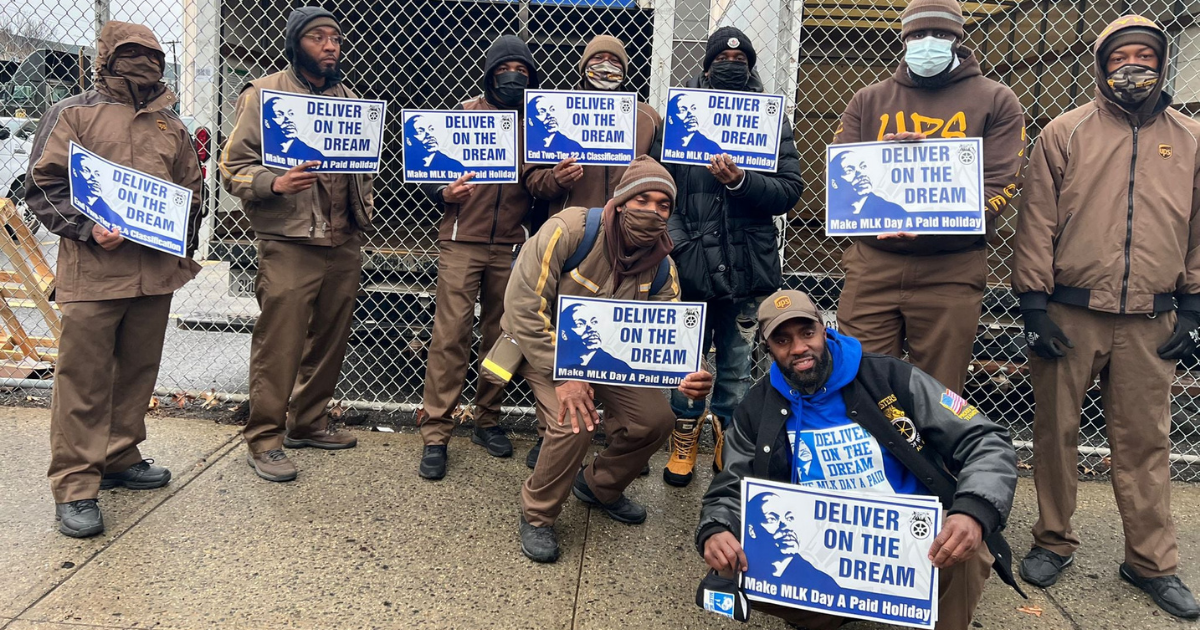 The Teamster Convention approved a resolution to fight to win Martin Luther King Day as a paid holiday in all Teamster contracts. Today, local unions and rank-and-file activists are turning that resolution into action.

Members and their local unions leafleted, collected petition signatures, and held parking lot meetings and rallies in more than 40 locations.

UPS Teamsters are demanding an end to two-tier pay for drivers, more full-time jobs, and living wages for part-timers and all Teamsters.

The national Day of Action on MLK Day was announced by Sean O’Brien and the newly-elected O’Brien-Zuckerman Teamsters United leadership team. 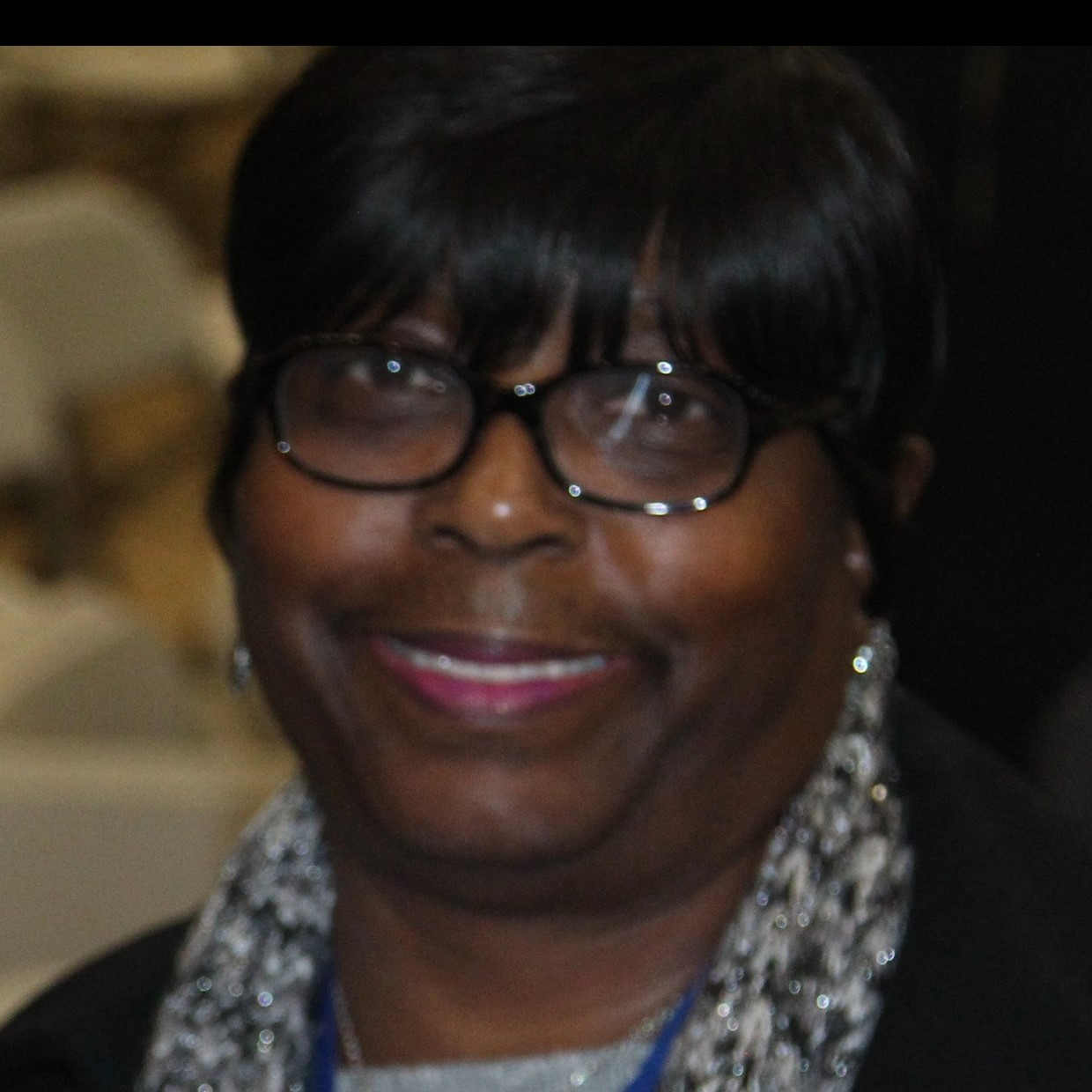 “It took so many years for us to win recognition of Martin Luther King Jr. Day as a national holiday. For over 10 years, I’ve been taking this day off without pay.

“With the work we do every day and how hard we work, I think we deserve that day, and we deserve to be paid for it.” 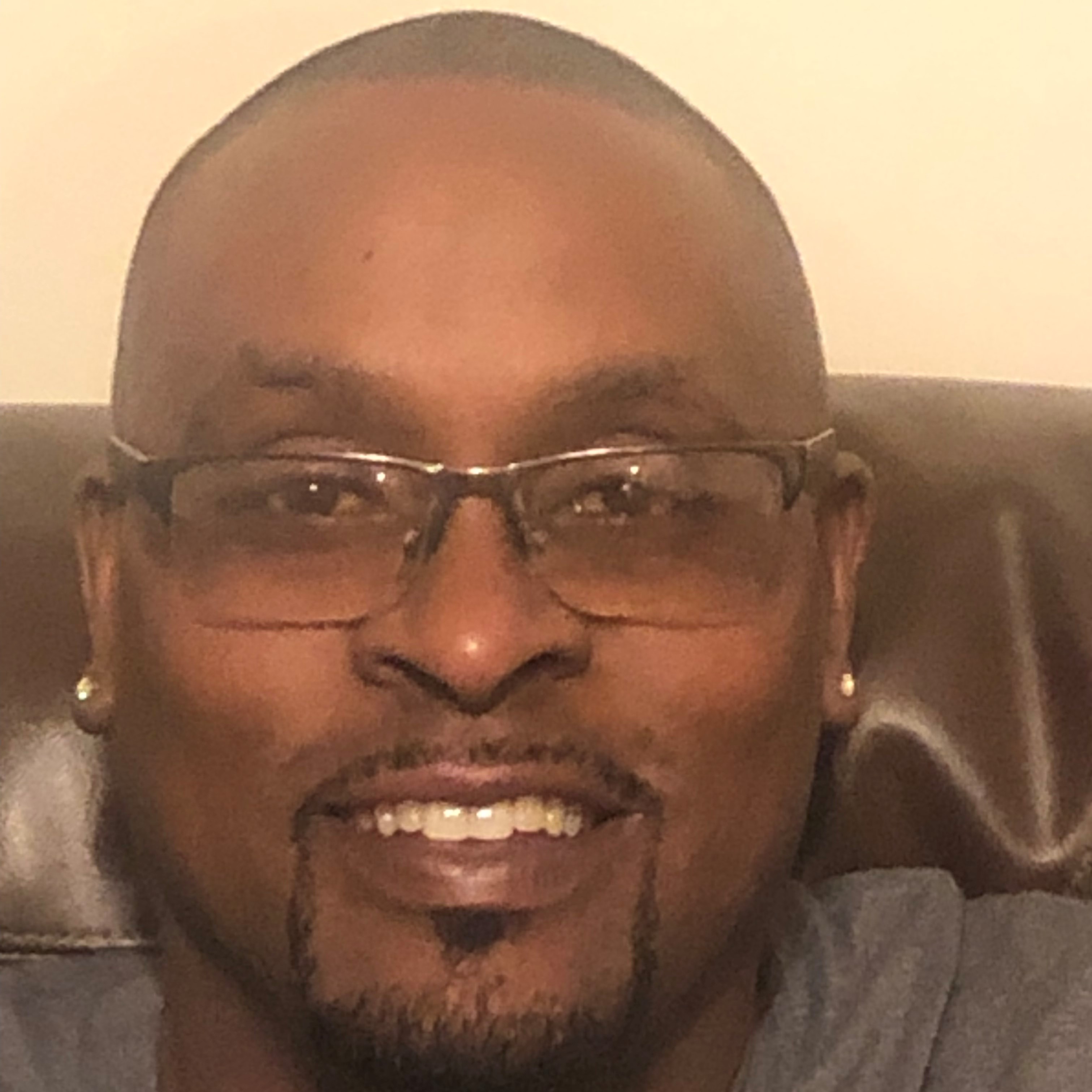 "We took action at our building to make it happen, carrying a banner, signs, and a petition.

"We're fighting for UPS to recognize MLK Day as a paid holiday and to oppose two-tier wages and rights. We're gonna keep fighting 'til we get it! 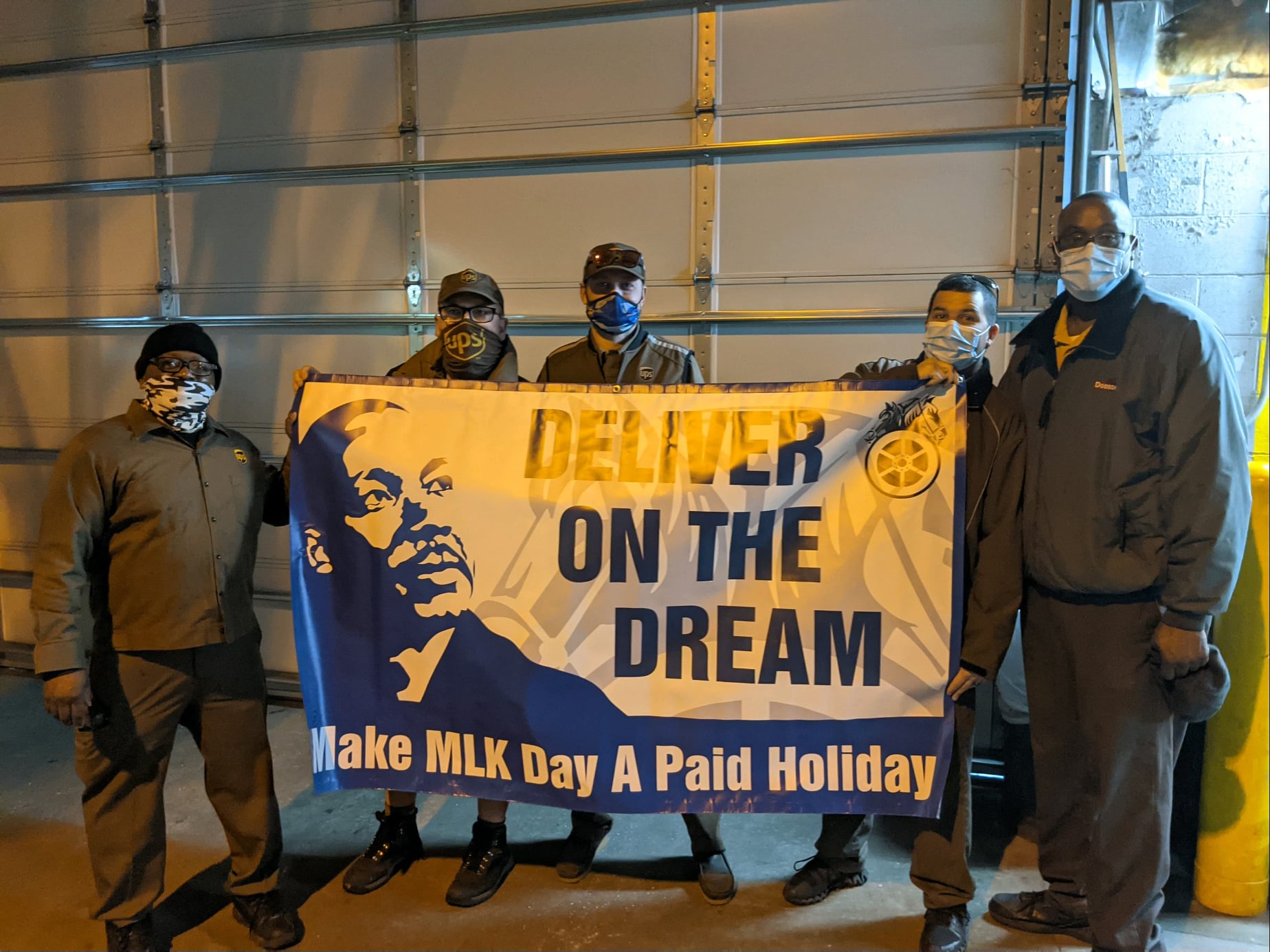 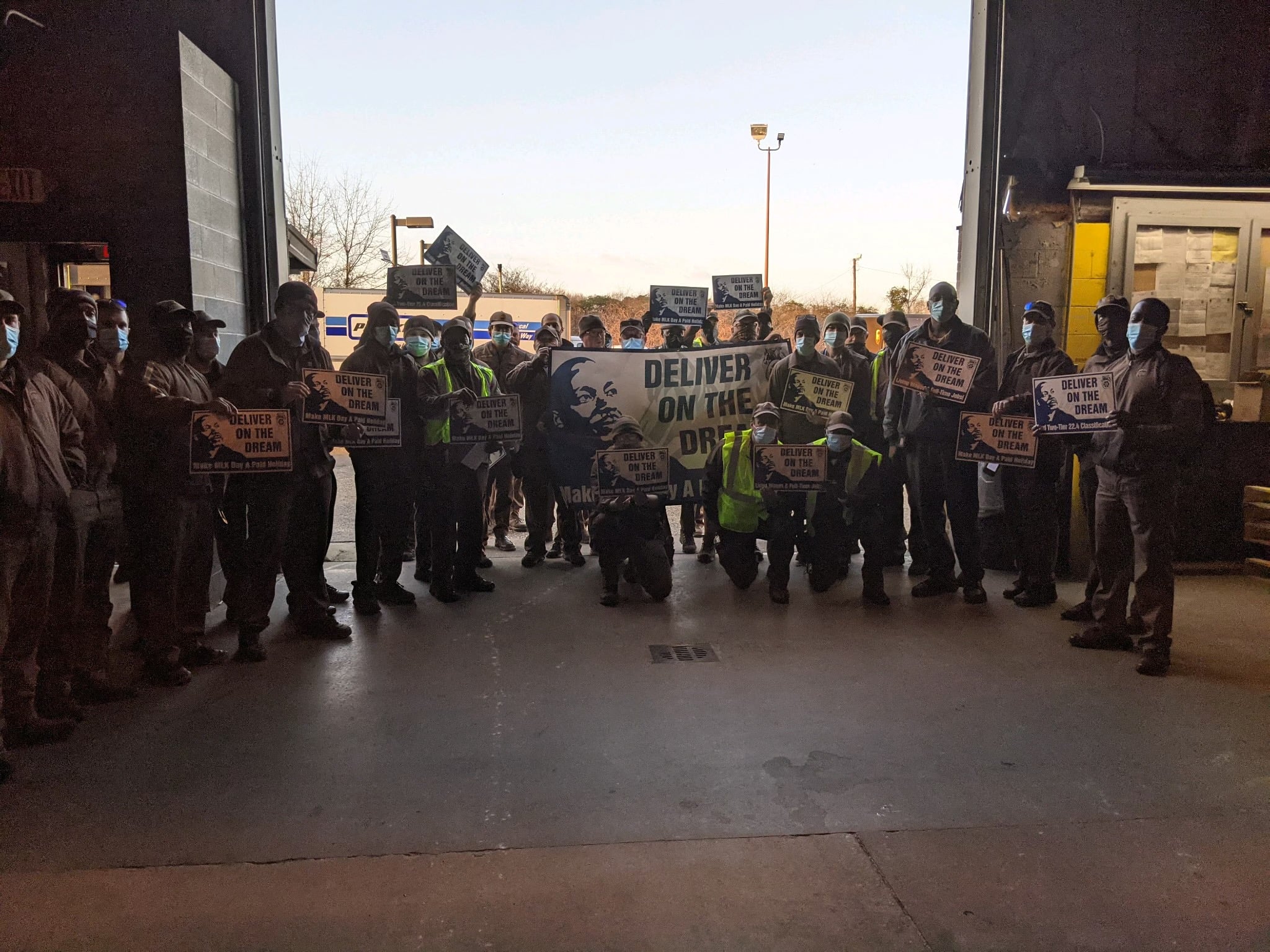 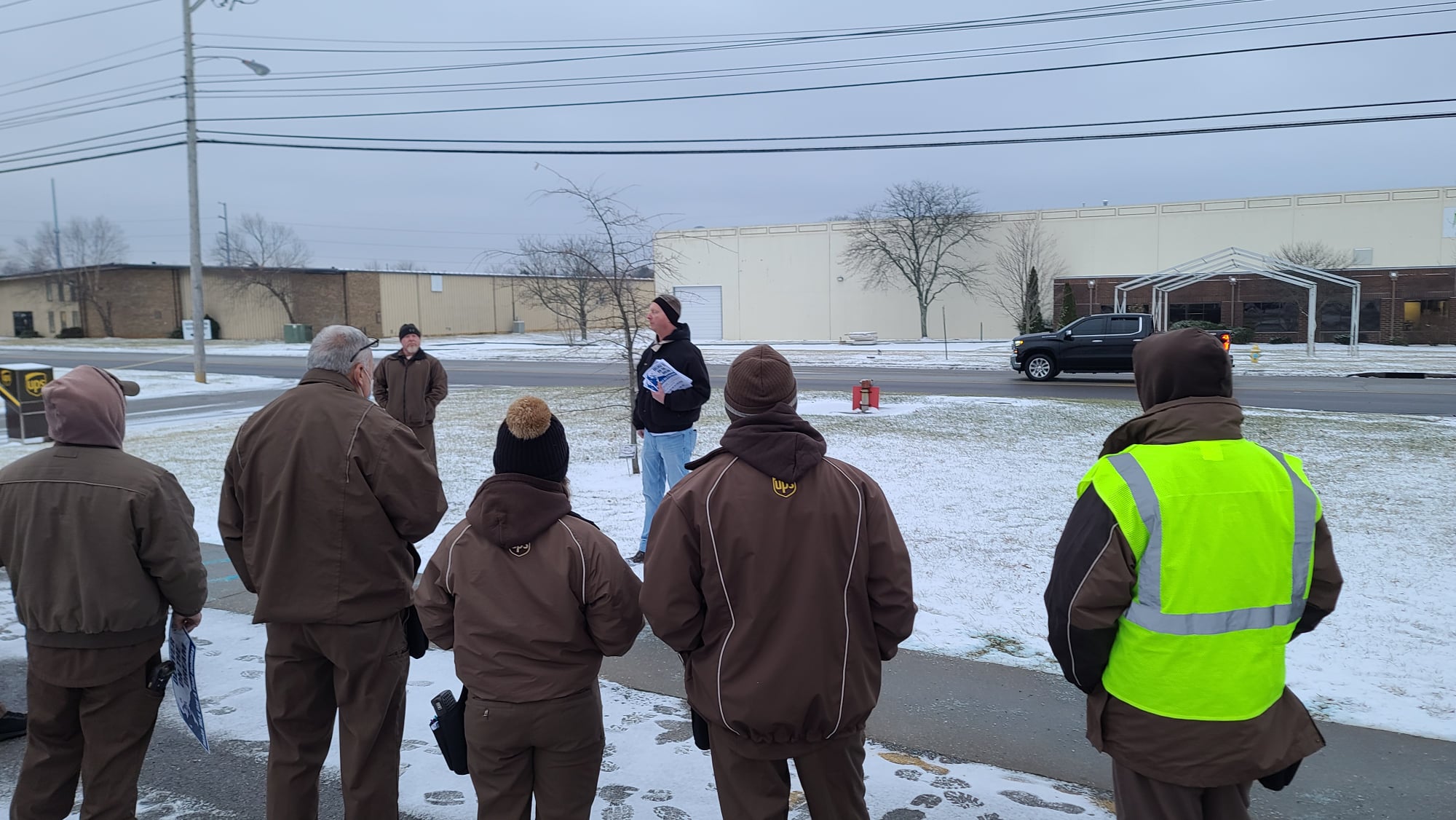 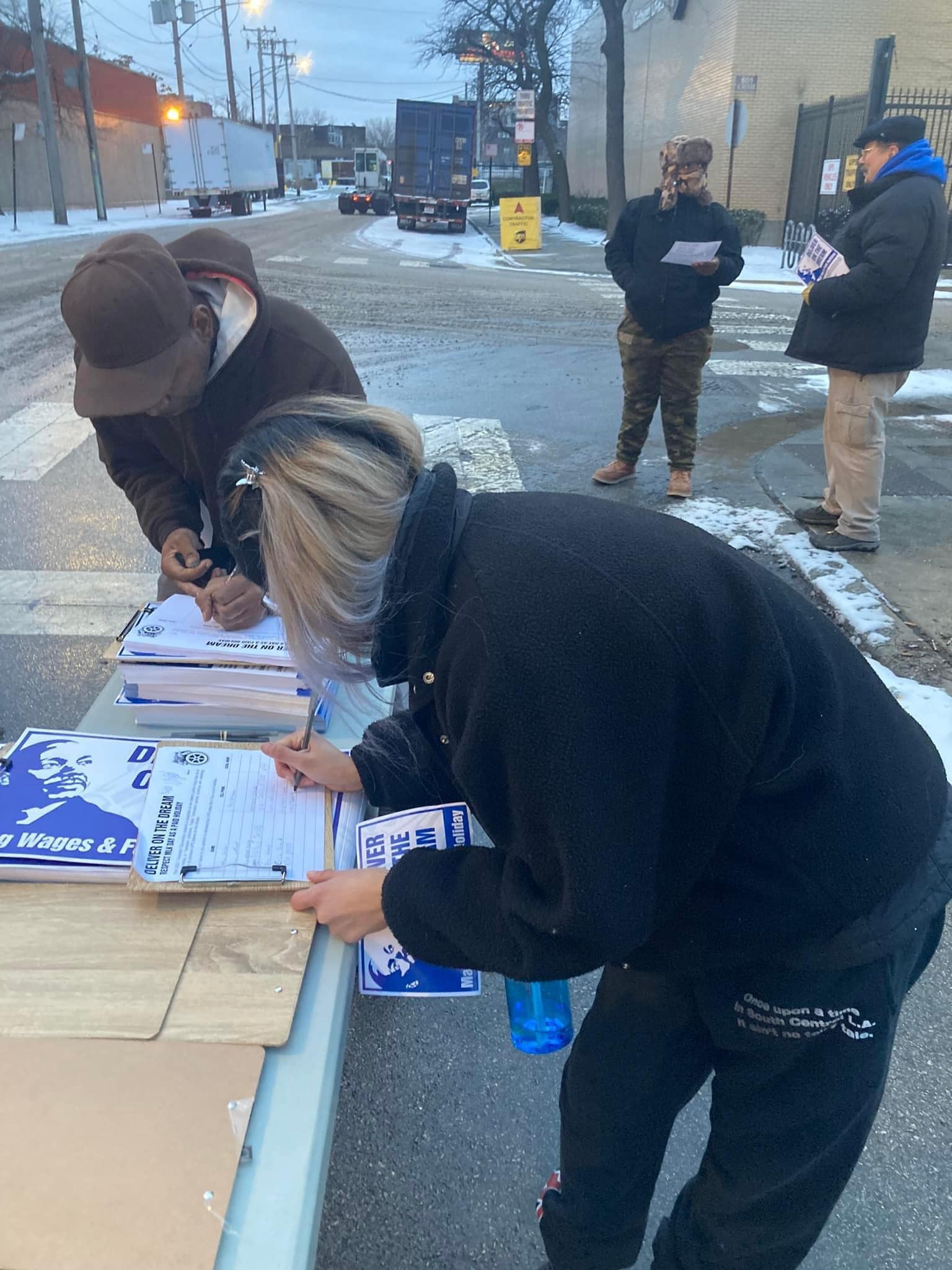