The Fight to Save Pensions

As we approach the four-year mark in the current battle to save Teamster pensions, it’s time to take a look at where we stand and how we can win this do-or-die fight. 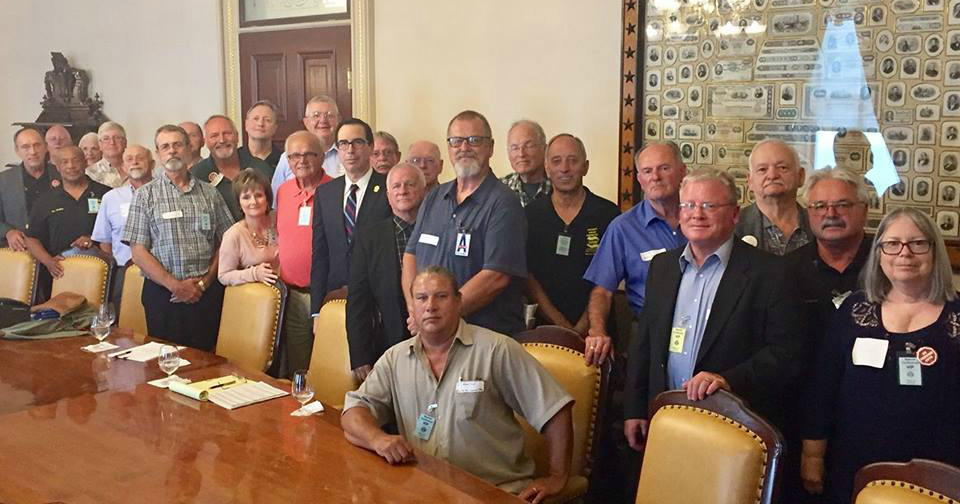 This is also a critical junction because time is running out to find a solution for the Central States Fund, which covers some 400,000 Teamsters, retirees, surviving spouses and those with vested benefits. The clock is ticking, as some Teamster officials play politics.

Our pension funds are a vital link in the chain of Teamster power. We cannot afford to let that link break.

We built a broad grassroots movement, with a unity of purpose, a goal worth fighting for, and an approach that reaches out to allies.

That is exactly how we stopped the Central States Fund from drastically slashing benefits in May 2016, when their “rescue” plan was killed.

A broad grassroots movement: Teamsters for a Democratic Union (TDU) launched the movement in October 2013, at a time when the Hoffa administration and many local leaders were denying there was any problem! They called it a “TDU hoax.”

But the movement started to spread, and local pension protection committees grew. And we built it on a broad, nonpartisan basis. We showed retirees how to organize, and they took it and ran with it. That’s why today there are over 60 pension committees and an umbrella group, the National United Committee to Protect Pensions (NUCPP).

Reach out for allies: The pension movement reached out to our long-time friends the Pension Rights Center, then the AARP, then other unions such as the Machinists, and also Teamster locals, Joint Councils and the IBT. And more allies are needed.

Keep your focus: From day one we have fought for no pension cuts, and to unite active and retired Teamsters. We have supported the Keep Our Pension Promises Act (KOPPA), which is a real solution. It recognizes social responsibility to those who did a lifetime of honest work and then became so-called “orphans” when their company moved overseas or declared bankruptcy or busted the union.

KOPPA may not have a chance to pass in the present Congress, but it gives us a goal, a yardstick with which to measure compromises.

As the pension protection movement has grown and worked tirelessly, we have gotten some support from the Hoffa administration, but also a lot of foot-dragging. As Hoffa spends millions of dues dollars to defend officials caught up in the corruption investigation, support to the pension movement has been by the spoonful.

Now is the time for all hands on deck and no playing politics. With KOPPA support limited, other Congressional solutions, which could possibly get bipartisan support, are being considered.

At the June meeting of Teamster officials called by the Central States Fund, the Fund director stated that the long-awaited “Teamster bill,”—touted for over two years by IBT VP John Murphy, Hoffa’s designated pension PR man—is DOA. Thomas Nyhan stated Murphy’s numbers don’t add up to deliver any real solution. A number of Teamster Joint Councils in the Midwest and South have sent letters calling on Hoffa to put aside squabbles and find a workable solution.

For months, UPS has been working their proposal on Capitol Hill with their lobbyists. UPS reps have been part of a few meetings with a range of stakeholders—including leaders of the NUCPP. Nyhan has described the plan as more viable, but it involves up to 20% pension cuts. UPS has an interest in saving the pension fund, because the UPS national contract requires the company to make up the losses to all UPSers who retire after 2007. Preventing massive CSPF pension cuts would save UPS billions in pension payments.

For the pension movement, we believe the NUCPP and the various committees are on the right track. Keep up the pressure. Keep growing and broadening support. Keep visiting Congressional offices, at home and in Washington D.C., and keep demanding no cuts!