The Future of UPS Freight Teamsters under TForce

Nearly 15,000 Teamsters are concerned for their future, now that UPS has sold off its LTL and trucking operation to TFI International. The International Union was caught by surprise by the move, and hastily held a conference call of local officers to give some answers. 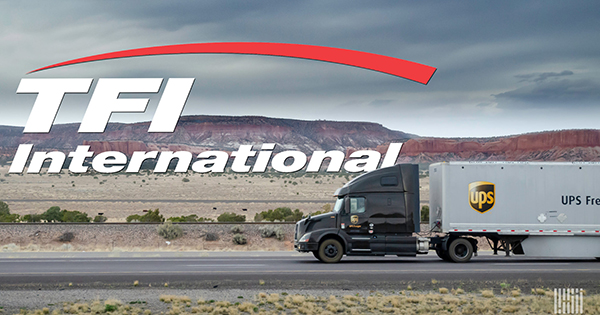 Members are rightly concerned about their future.

On the positive side, the UPS Freight contract is in effect for another 2 ½ years. Wages, benefits, pensions, and conditions should be unchanged when the UPS trucks are rebranded as “TForce Freight,” the name that TFI has chosen for its new division.

The grievance procedure and panels are part of the national contract in Article 7, and will be unchanged. Reportedly, UPS has agreed to staff the panels for a transition period. All pending grievances will move through the procedure.

Many Teamsters are concerned about what may happen to their jobs and contract in the future; a frequent question is “what will happen to our pensions under future contracts?”

The pensions that Teamsters have earned so far are protected by law and by the contract. UPS is required to meet all its pension obligations acquired prior to the point of sale—and TForce Freight is responsible for making pension contributions for the life of the contract.

But when the contract comes up for renegotiation, future accruals and benefits will be on the table. The company could possibly put on the table that future accruals be frozen or even reduced. We will need strong Teamster leadership and a united membership to protect and improve our pensions.

TFI is a major trucking and transport corporation which operates a number of trucking companies, primarily based in Canada. They have acquired truckload, logistics, courier and LTL companies. Some of them are union, with contracts with Teamsters Canada, and a few in Missouri are in the Teamsters.

UPS Freight will now be TFI’s largest subsidiary, and will make TFI one of the five biggest LTL companies in North America.

TFI management indicates that their goal is to make UPS Freight a profitable operation and build their network in the USA, with further intention to build a network in Mexico, linking all of North America.

In a conference call with stock analysts on January 25, TFI CEO Alain Bedard stated that they planned to upgrade the operation, including UPS Freight’s aging equipment fleet.

Bedard may also have foreshadowed the purchase three months ago, when he said he had no problem with the Teamsters.

Wall Street seems to agree that TFI wants to strengthen the UPS Freight operation. The trucking analyst Wolfe Research reports that “UPS used its LTL business as a loss-leader with bundled pricing, so we see an opportunity for TFI to raise rates.” TFI stock surged by 32% on the announcement.

But the same report states that to make TForce more profitable, they “likely will not retain all the business,” which could possibly translate to some layoffs in the future.

What’s our protection? To put in place a strong union leadership in the IBT, and to work within our locals to inform and unite our membership to defend and improve our union standards and contract.

The Hoffa administration fought against UPS Freight Teamsters, instead of mobilizing them, and has pushed through weak contracts. We can do better.

A contract campaign that listens to and unites members around our priority issues has to begin in 2022 if we’re going to win the contract we deserve at TForce Freight in 2023.

TDU is committed to working with TForce Teamsters across the country to build a militant network of members, stewards and officers. We are also committed to do our part to win new IBT leadership committed to a militant program and not afraid to mobilize for a strike if that becomes necessary.