Today the IBT Convention delegates voted overwhelmingly to eliminate the hated “two thirds rule” that Hoffa used to impose UPS contract givebacks in 2018 after a majority of members voted no. 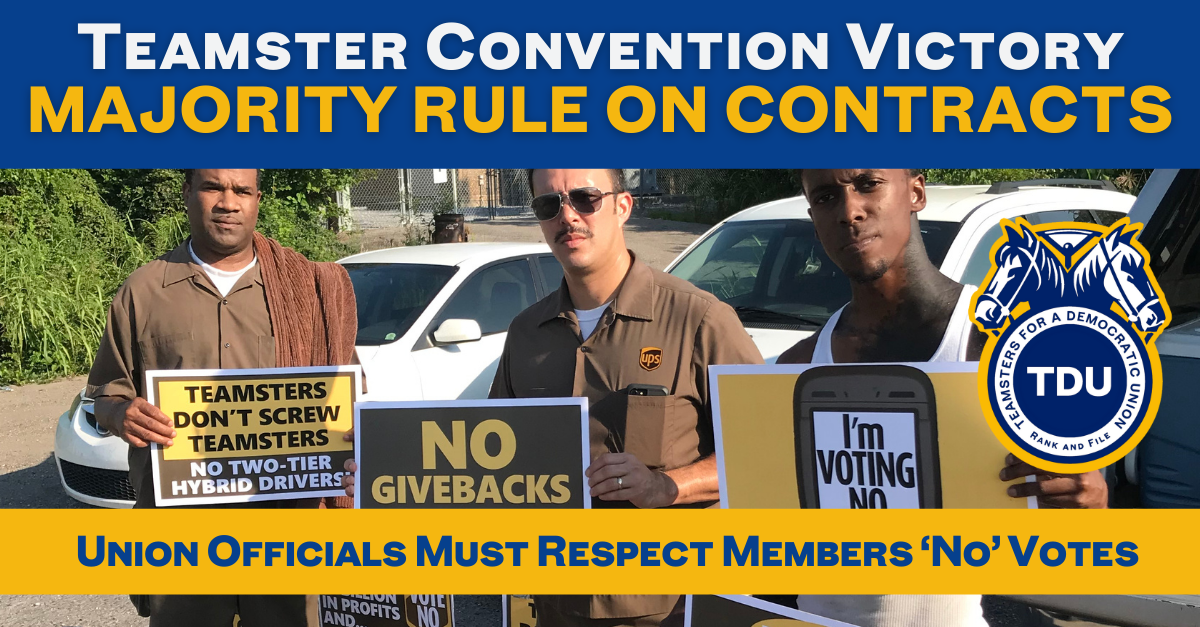 The Two-Thirds Rule allowed officers to impose a contract after a majority of members voted No, if less than half of the members voted.

That loophole was stripped today from Article XII in the Teamster Constitution, along with other loopholes that allowed the International Union to impose supplements and riders.

The era of imposing rejected contracts is over. We now have majority rule in contract votes.

We thank the O’Brien-Zuckerman slate leaders, who championed the issue from the day the slate was formed.

TDU members and other Teamsters fought for years, against this rule and against contract concessions. This victory belongs to you too.

Years of persistent organizing by TDU and the rank and file have paid off—and all Teamsters are the winners as a result.

Employers know they can’t pass a contract by getting a Yes vote from one-third of the members. Now, they have to offer contracts that will get a Yes vote from a majority.