Unfair discipline is a way of life at UPS—and a broken grievance procedure helps management get away with it. 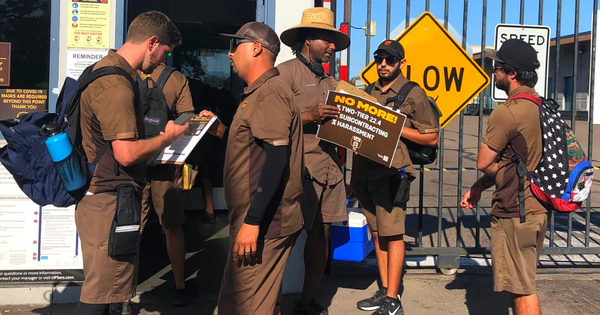 Improving the grievance procedure will be on the table when negotiations on area supplements begin in January.

UPS Teamsters can win the first meaningful grievance procedure changes since the 1990s, when we won Innocent Until Proven Guilty except for cardinal sins.

Justice delayed is justice denied for Teamsters who face a possible discharge.

The company uses the threat of stonewalling, deadlock, and long delays to scare members into accepting suspensions rather than risk taking their case to panel.

With an equal number of union and company representatives on a panel, management can deadlock a case and force a member to wait months for an arbitration.

Just that threat can be enough to coerce members into accepting unfair discipline.

It doesn’t have to be this way.

Each of these panels has a sitting arbitrator that sits in on every disciplinary hearing.

If the company votes to deadlock a disciplinary grievance, then an arbitrator is right there to break the tie.

The member doesn’t have to wait forever to get a decision. That stops the company from using stonewalling and deadlocking to intimidate members into accepting bad settlements and unfair suspensions.

This one reform won’t fix all the problems with unfair discipline. But it’s simple – it’s winnable – and it’s proven to make a difference for thousands of Teamsters at UPS.

Supplemental contract negotiations are the place where this improvement can be negotiated.

National bargaining won’t begin until all the supplements are negotiated. That gives our union all the leverage we need to win grievance procedure reform and a sitting arbitrator at every grievance panel. 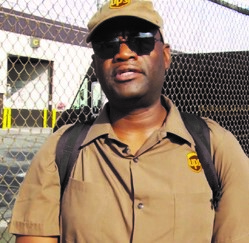 "Having a sitting arbitrator on our grievance panel makes a huge difference.

The grievance backlog is gone. We used to wait a year
to have our cases heard. Now, the longest you have to wait is two months and that rarely happens.

You’re not in limbo. If the union and the company deadlock, the arbitrators gives you your decision right then and there.

Sometimes the arbitrator will bring the two sides together to encourage a settlement. It’s a signal to compromise before you get a decision you won’t want.

Before every panel, we run a mock panel for each case. We don’t lose cases because we’re not prepared.

It’s not perfect, but it’s a huge improvement."