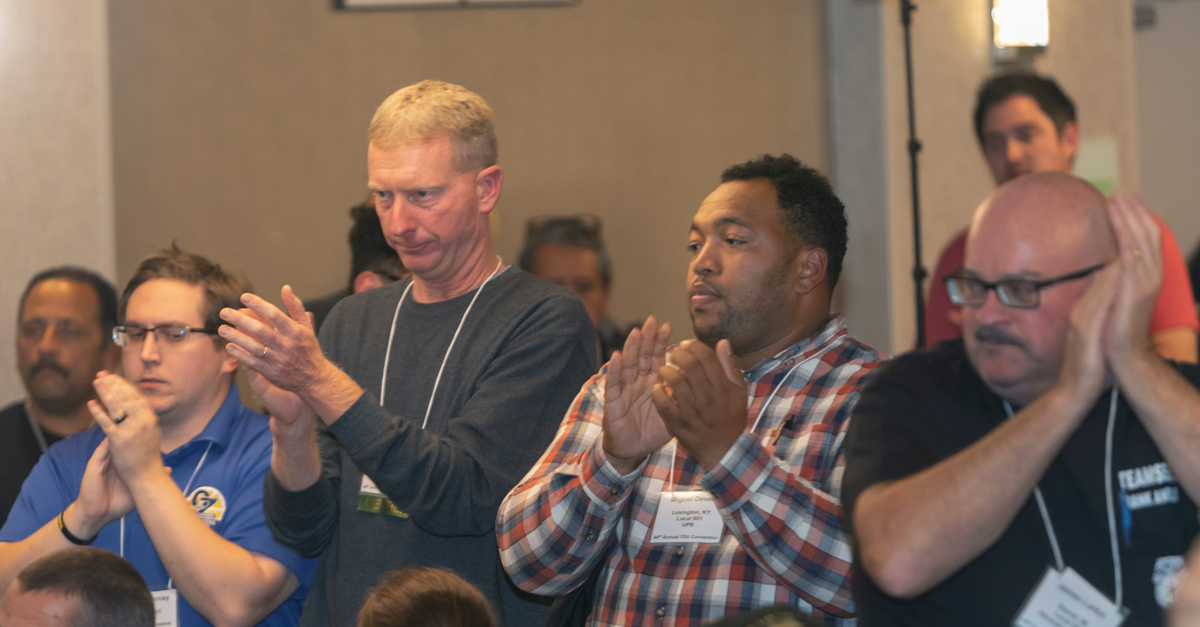 Workshops are free to attend. Donations to help cover the costs are welcome.

After We Win: Challenges & Opportunities for the Teamsters Under New Leadership

TDU members and other active Teamsters are working hard to elect the OZ-Teamsters United Slate. But then what?

How can concerned Teamsters make a difference in building union power after we win?

Join concerned Teamsters, including members of our International Union’s next leadership, to talk about the opportunities and challenges ahead—and our goals for the Teamsters.

The Teamsters is at a turning point. The Hoffa era is over. What we do in the next year will determine what comes next.

Talk with Teamster activists and leaders about the challenges and opportunities and what it will take to win.