UPS Profits Are Up. So Is Teamster Members’ Determination.

UPS announced third quarter profits of $2.58 billion, an increase over last year. With peak season profits ahead, management can thank UPS Teamsters for a profit haul that beat Wall Street expectations. Here’s why. 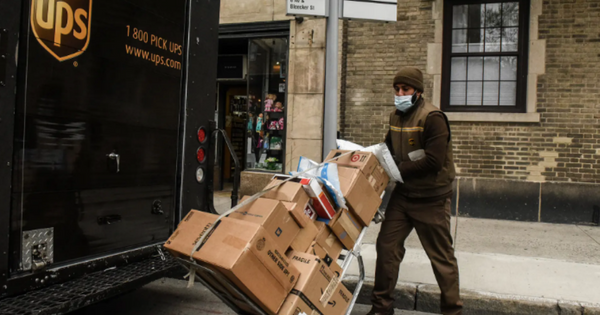 A look behind the numbers shows that Brown’s higher-than-expected profits were powered by Teamsters. UPS revenue on domestic deliveries rose 9.8% for the quarter from a year earlier (Reuters).

In other words, UPS is making more money on every package delivered by a Teamster than it did last year when the company made record profits.

“I want to thank UPSers around the world for their unstoppable spirit,” CEO Carol Tome said.

Thanks, but no thanks, Carol. You will see that “unstoppable spirit” in action next year when we come for the contract we deserve in 2023.