Grievances are our tool for enforcing the contract. But grievances can also be used to get members involved. Here are five proven tips for using grievances to build union power. 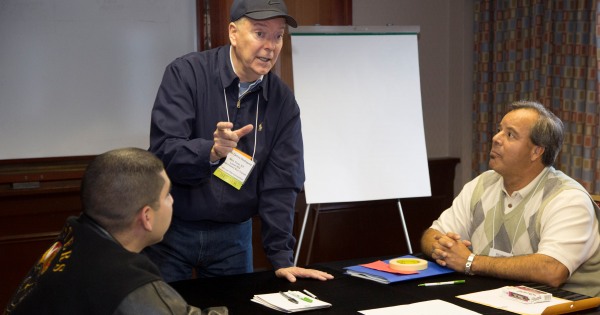 Enforcing the contract and defending the members can be exhausting, especially if we go it alone.

Don’t make being a steward a one-member job.

Many grievances provide a ready-made opportunities to teach unionism, involve members, and build our union.

Get the Grievant Involved

Work with the member to evaluate the issue, write the grievance, and plan the case. Have them talk to witnesses.

If possible, have the grievant present at all steps of the process. If not, consult at every step along the way.

At the end of the process, the member will know more about the union and what it takes to win a grievance.

Issues that Matter to Multiple Members

Many grievances involve individuals—and they need to be handled. But problems that affect multiple members are the ones that can be used to organize and get members involved.

Look for issues that matter and that members clearly see as unfair.

If an issue is felt widely and deeply, that’s a good one to take on.

Pick an Issue You Can Win

It’s always good to go with a winning case, especially when you’re trying to jump start the union.

Look for issues that have a clear, reasonable solution. Consider starting with a problem that doesn’t need a lot of money to fix and where management is not already dug in. Then build from there.

Make it a Group Grievance

If a problem clearly affects a group of members, you can use a group grievance to get members involved. Use the grievance as a petition to get as many signers as possible.

Involve members in talking to people and collecting signatures. Having co-workers involved will help put pressure on management.

When a grievance addresses an issue that other members care about it, make the process transparent by keeping members informed.

Post updates or hold parking lot or break room meetings to keep people updated. Shining a spotlight on an issue can help put pressure on management to do the right thing.

Making grievances public helps drive home the point that we’re all in this together—and that what happens with one member’s grievance can affect all of our rights.

Based on your investigation, is this a good grievance?
Did things happen the way the member claims?
Was the contract or something else clearly violated?
Is there enough of a case to file a credible grievance?

Has it been grieved before?
If so, what happened?
What can we learn from previous grievances on how to write/present this one?
Who can give you advice?

Is this a purely individual problem or does it affect others?
Should you file a group grievance?
Can we call together affected members to discuss ways to address the issue?

What opportunities does this grievance give you to educate members and build your union?
Does it highlight a part of the contract members should know more about?
Can you keep the members informed of the progress of the case?

Is it a good grievance to mobilize around?
Will members experience it as a clear injustice?
Does it matter to a lot of members?
Does it have an achievable solution?

What actions can members take to support the grievance? Besides a grievance, how else can we resolve this problem?

Win by Getting Others Involved

Sometimes organizing goes so well, you don’t even need to get to a grievance. At the University of Chicago we did just that.

An entry control worker contacted me about conditions in her work area. Her chair and desk were falling apart. Deteriorating wood was giving the workers splinters and tearing their clothes. Exposed wires and outdated computer equipment took up all the counter space. Cleaning staff was ignoring the area, so they had to buy their own cleaning supplies. And, to top it off, the emergency alarm button was well out of position from where attendants were forced to sit.

The workers are mostly people of color and all women at the bottom of the contract pay scale. When they approached their supervisor individually they were either dismissed with hostility or given empty promises.

When a worker talked to me, I encouraged her to discuss the conditions with her co-workers. They found out they all felt the same way and identified more issues, such as aggressive behavior from their supervisor, and intimidation they received from customers during night shifts.

We compiled all these complaints into a letter and got it signed by every worker, with a demand for quick resolution. Almost immediately a department meeting was scheduled where the workers could air their grievances in front of the supervisor and his boss and HR. The employer quickly had Building Services redesign the entire desk, and a crew of carpenters was there working before our grievance timelines even expired.

An individual grievance was possible, but getting more folks involved got it done.