We did it! The Butch Lewis Emergency Pension Relief Act has passed the U.S. Senate and is expected to be signed into law within a week. 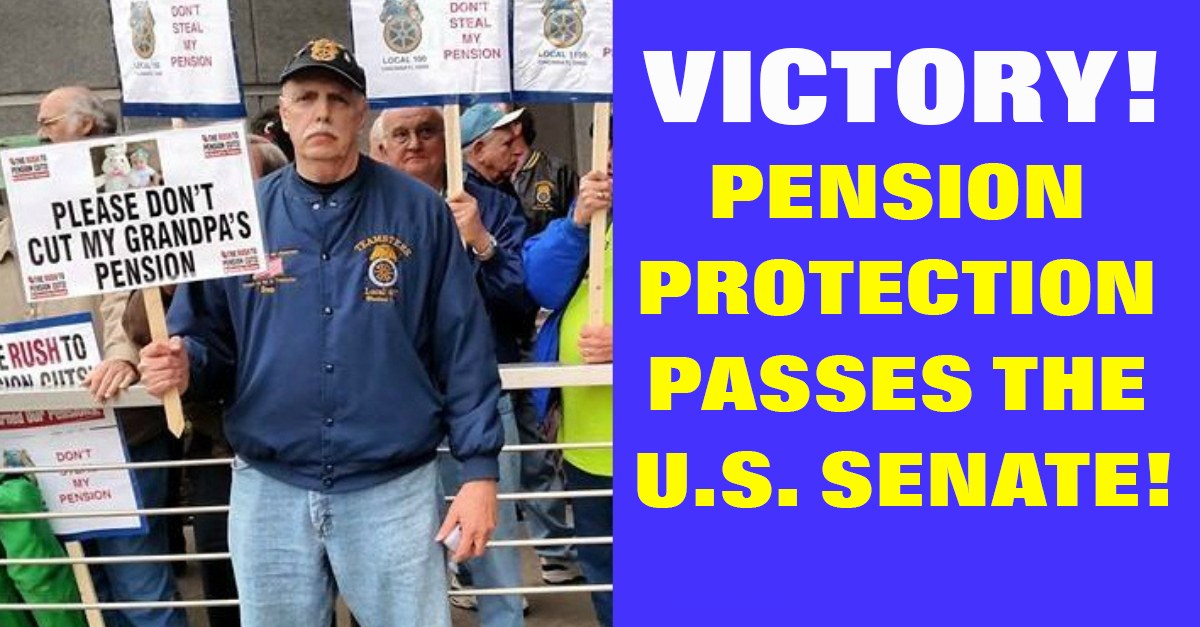 Seven years of grassroots organizing by retirees and workers has scored a historic victory, to protect earned pensions for hundreds of thousands of Teamster families and millions of American workers.

The American Rescue Plan Act (also known as the stimulus bill) passed the Senate today by a 50-49 vote. At 1 a.m. this morning, as the Senate pulled an all-nighter, an amendment by Senator Grassley to kill the Butch Lewis Act was defeated by that same vote of 50-49.

To all who helped, including the nonstop pension warriors, we say Thank You!

Who was Butch Lewis?

The bill was named for a dedicated Teamster and TDU leader, Butch Lewis. As a truck driver and local union leader, Butch was all about doing the right thing with the members. He stood up for principles, even when it wasn’t the safe thing to do, such as when he ran for International vice president in 2006 on the Tom Leedham slate. After he retired, he worked tirelessly for pension protection, right up till the day he passed away. Butch’s wife Rita continued his work for pension protection.

We celebrate his dedication to this cause, and the dedication of so many others who proved the power of grassroots political mobilization.

Some Teamster leaders will no doubt claim credit for this victory and play some political game with it.

It can belong to all of us, a united movement to protect pensions. But it is appropriate that it was named not for a top Teamster official, but for Butch, who exemplified and lived rank and file power.