VIEWPOINT: Why We Should Join the 2021 Teamsters United Campaign

At the TDU Convention, members will vote on endorsing candidates for International Union office. The O’Brien-Zuckerman Teamsters United campaign gives TDU and the rank-and-file the opportunity to fight for new leadership and a new direction. 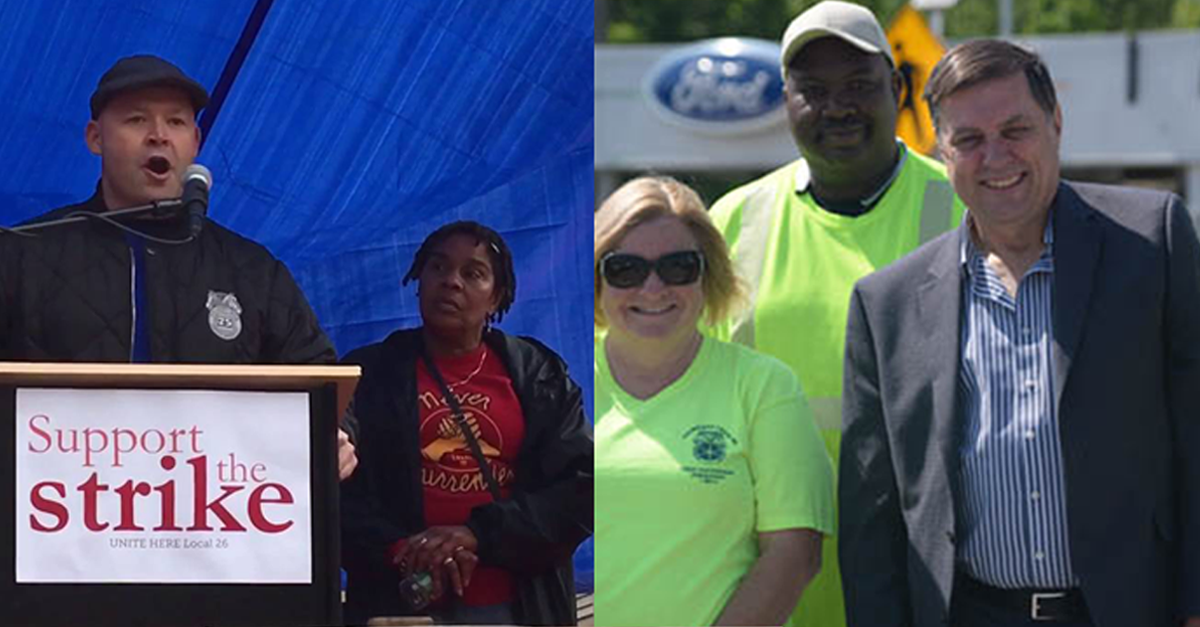 Teamster members have the opportunity to shake up the direction of North America’s most powerful union when the 2020-2021 International Union election begins next year.

Teamsters in freight, carhaul, UPS, and many other industries are taking record concessions. Hundreds of thousands of Teamsters are at risk of losing their pensions.

Other unions are fighting back. There have been more strikes in the last 18 months than at any time in the last 35 years.

But in our union, Hoffa and Hall have rolled over for the employers, even when members have Voted No and united against givebacks. We need leadership that will fight for the members.

Four years ago, TDU launched Teamsters United in coalition with Fred Zuckerman and other Teamster leaders who once completely opposed TDU.

We worked through past differences. Together, TDU and Teamsters United nearly won the IBT election in 2016.

The majority of Teamsters in the U.S. voted for Fred Zuckerman and Teamsters United, including 70 percent of the members who work under national contracts in freight, carhaul, airlines, railroads, and UPS.

In fact, every national unit voted for Teamsters United.

The 2016 election was a clear wake-up call that top union officers needed to reach out to the membership.

Hoffa didn’t get the message; Sean O’Brien did.

In 2017, O’Brien was named Package Division Director. He insisted on including Teamsters United leaders on the National Negotiating Committee and on building a united contract campaign at UPS.

Hoffa fired O’Brien in retaliation and replaced him with Denis Taylor who went on to negotiate record givebacks to UPS.

O’Brien is the only candidate for International Union President who broke with Hoffa and built a bridge to TDU and Teamsters United.

During contract negotiations, O’Brien worked with TDU and Teamsters United at UPS, UPS Freight, and ABF to inform members, oppose concessions, and mobilize Vote No campaigns.

TDU's Role in a Coalition

It’s no secret that TDU members and Sean O’Brien have had our differences. We clashed over UPS negotiations in 2013. O’Brien served a two-week suspension for making threatening comments about TDU members who were running for office in Rhode Island Local 251.

O’Brien has addressed these issues directly. Today, O’Brien and TDU members in Local 251 stand shoulder-to-shoulder on picket lines, in organizing drives, and on contract campaigns.

“We’re partners in building union power and a progressive labor movement,” said Local 251 principal officer Matt Taibi. “We focus on what unites us going forward—not what’s divided us in the past.”

TDU is an independent rank-and-file organization and we’ll continue to chart our own course. Being in a coalition doesn’t mean we’ll march lock-step on every issue.

For example: Sean O’Brien and Fred Zuckerman stay neutral in local union elections; TDU does not. We will continue to build a stronger union from the bottom up by helping rank-and-file Teamsters take on local officials who don’t stand with the members.

But to achieve our goals, TDU has to join forces with Teamster members and leaders who share common goals.

Transforming the Union from the Bottom Up

The 2020-2021 IBT election starts in a matter of months. TDU cannot sit on the sidelines.

To succeed we need to start early and organize a rank-and-file campaign.

If we want to transform our union, we need new leadership and we need to activate the membership. The International Union election is an opportunity for us to do both.

The petition drive to accredit the Teamsters United slate is a chance for us to reach out member-tomember to Teamsters nationwide.

Every local union will also hold an election for Convention Delegate. We can run candidates who will oppose the Two-Thirds Rule, organize to win majority rule on contract votes, and protect fair International Union elections.

The campaign can open up our union to new leaders and activists coming up from the ranks.

We can win more diverse leadership, which looks like the members and reflects the will of the members.

We need to make plans not only for the 2021 election, but for the union we want to build in 2022—a union that takes on corporate power, fights for good contracts, and organizes the unorganized.

A strong union builds power by involving and uniting the rank-and-file. That work starts now—by building a rank-and-file campaign to win new leadership and a new direction for our union.

This viewpoint reflects the opinions of TDU’s co-chairs and does not represent the opinion of TDU as a whole. Any position on endorsing candidates will be made by membership vote at the TDU Convention.