YRCW Contract - What's Next for Freight?

The YRCW contract was ratified by a vote 10,163 Yes to 6,741 No. However, the contract supplement for Western Pa Joint Council 40 was voted down 63 Yes to 68 No. Ernie Soehl, IBT Freight Director, stated that there would be further discussions to address the Joint Council 40 supplement. Retroactive pay and contract implementation will be delayed until the supplement is settled. 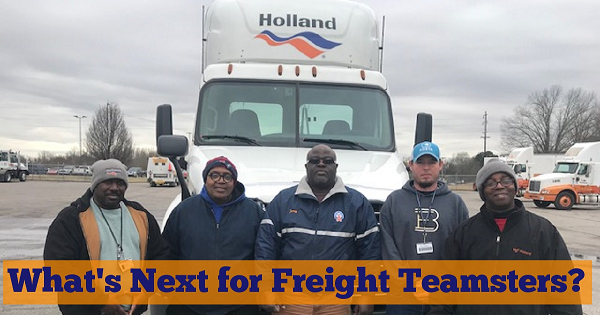 The deal was ratified, but with no enthusiasm.  Members faced a terrible choice, forced on them by the mismanagement of YRC and by the lack of organizing in the freight industry, to defend union wages, benefits and standards.

We live with this contract for the next five years.

But we don’t have to live with the IBT leadership that long.  We need to chart a new course for the Teamsters Union in 2021, when all Teamsters will vote on new IBT officers, and a new direction to build Teamster power in the trucking industry.

The 2019-2024 contract replaces the concessionary MOU that Teamsters have been covered under since 2009. A lost week of vacation – given up in 2014 – was restored. The overall wage increases make up some ground but will leave YRCW Teamsters below the ABF contract.  Some improvements were won, but there is little there that matches the sacrifices Teamsters gave in ten years of concessions.

Sign up to take action with Freight Teamsters to organize and rebuild power in the Freight industry.