Hundreds of Teamster officers and representatives have been summoned by Central States for a meeting Friday, October 2 where there may be an announcement regarding proposed pension cuts. 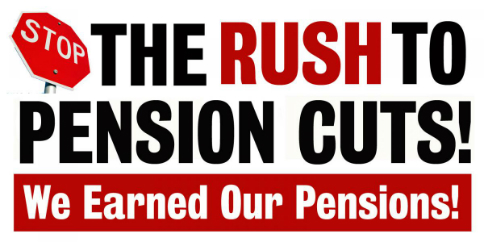 Retired and active Teamsters who have been building the campaign to prevent any proposed cuts will also gather on the sidewalk outside the Donald Stephens convention center in Rosemont, Illinois. They will ask all Teamster officers and reps to stand with them in opposition to the cuts.

General President Hoffa has written a letter to Thomas Nyhan outlining his opposition. Will local officers and representatives join Hoffa and speak out in solidarity with Teamster members and retirees?

You can download a leaflet promoting the rally to Defend Our Pensions.