Your Rights When Your Contract Is Negotiated

How to use your union rights to win a better contract. 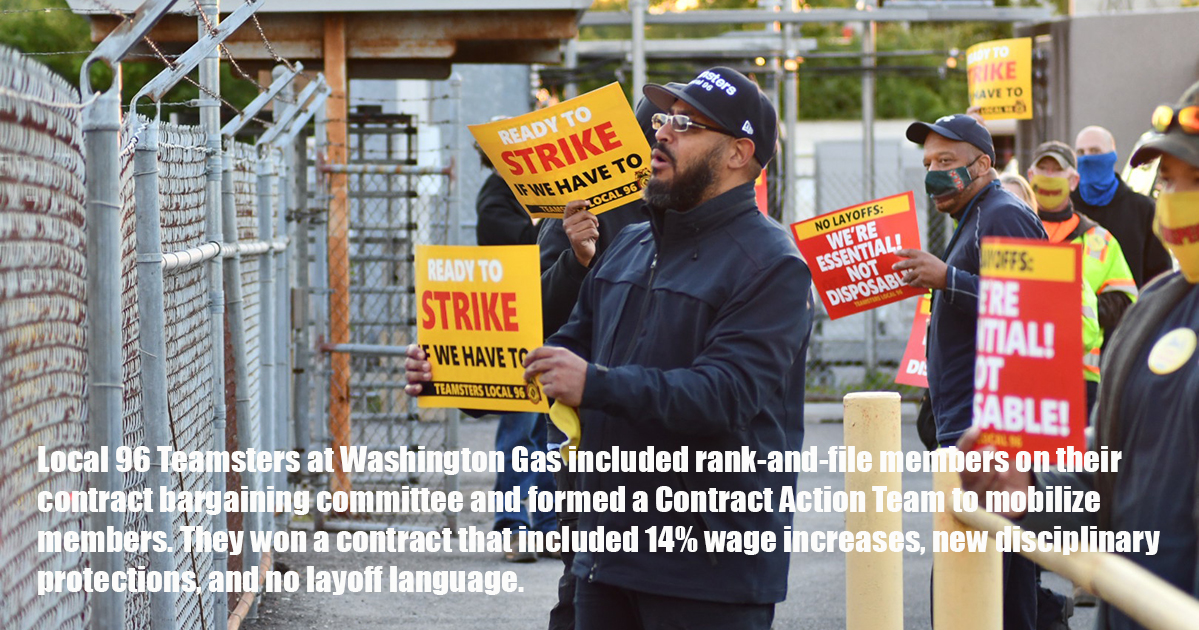 More than one million Teamsters work under contracts that are negotiated by our local unions, not the International Union.

At the Teamster Convention, members won new rights that we can use to win better contracts.

From now on, whenever a Teamster contract is negotiated, rank-and-file members must be included on the bargaining committee and no contract can be ratified unless a majority of the members vote to approve it.

We won these rights at the Teamster Convention in June after O’Brien-Zuckerman Teamsters United proposed important changes to our union constitution.

Members can use these rights to win better contracts—if we’re organized.

Being involved and united is how members win good contracts.

Whenever a contract is negotiated, your local union is supposed to hold a meeting of the affected members to discuss and approve the union bargaining demands.

This meeting is required in almost all local union bylaws, but sometimes members have to speak up to make sure the bylaws are followed.

Talk to your coworkers, shop steward and local union in advance. Make sure a contract proposal meeting is called, and build turnout for it.

Build interest by asking members what they want negotiated in the next contract.

Some local unions will do a bargaining survey. You can also pass out your own contract survey to get members talking and to identify priority issues that can unite the members.

For local contracts, many local unions include members on contract negotiating committees, often shop stewards. But this doesn’t always happen.

One of the jobs of the negotiating committee is to keep members informed, involved and united during negotiations.

The local union negotiating committee should never agree to an information blackout during bargaining.

Management will always know what is happening in negotiations, so the only people kept in the dark by an information blackout are the members. That builds division and mistrust when we need unity and solidarity.

The rank-and-file members on the bargaining committee should make sure the local rejects any management proposal for an information blackout.

Instead, the union should have a plan to keep members informed and organize actions to show the company that members are united, from pass-ing out contract updates to holding parking lot meetings, rallies, or a strike authorization vote.

Your Rights on Contract Votes

When it’s time to vote on the contract, federal law gives you the right to a fair and informed vote.

You have a right to see all contract changes before the contract vote. The majority of the members must vote yes to ratify the contract.

“Our old leadership used to keep us in the dark. We had no input and the contract was presented to us as a ‘done deal,’” says Rob Medeiros, a Rhode Island Local 251 steward at McLaughlin & Moran beverage distributors.

“TDU helped us change our bylaws and turn our local around. We elect members to bargaining committees and keep members informed every step of the way. We’re winning stronger contracts as a result.”

For questions about your rights when it comes to contract negotiations or advice on how to win stronger rights in your local union bylaws, contact TDU at 313-842-2600.