Officials Hit Members With Concessions, Give Themselves Huge Raises

Many Teamster officers work hard, and they deserve to be fairly compensated for long hours. But when top officers take big raises while imposing concessions, cutting health benefits, and running our pension funds into the ground, it’s time to call them out. 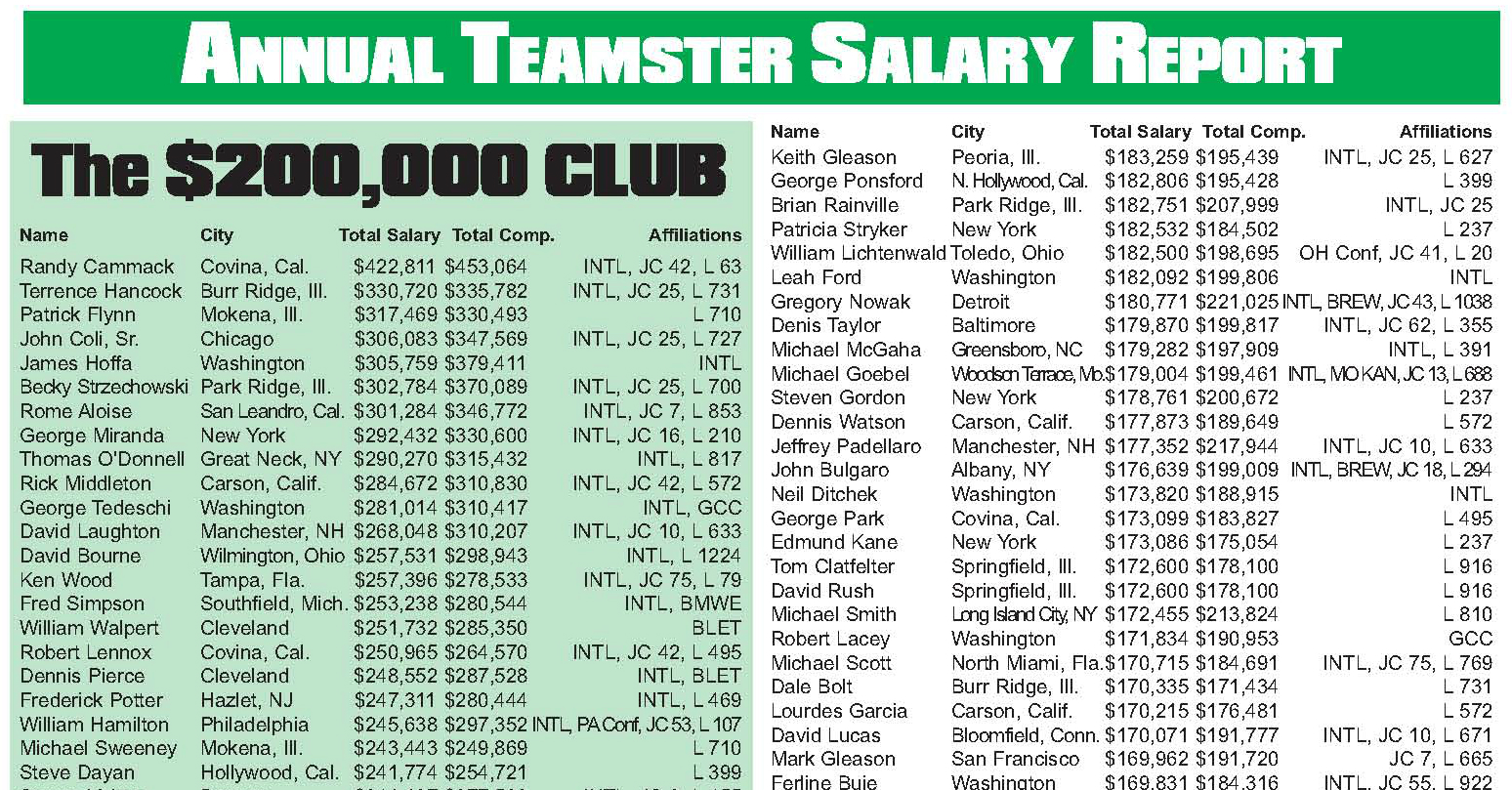 The $200,000 Club is a who’s who of Teamster leaders who have led the charge to concessions, while lining their own pockets with our dues. 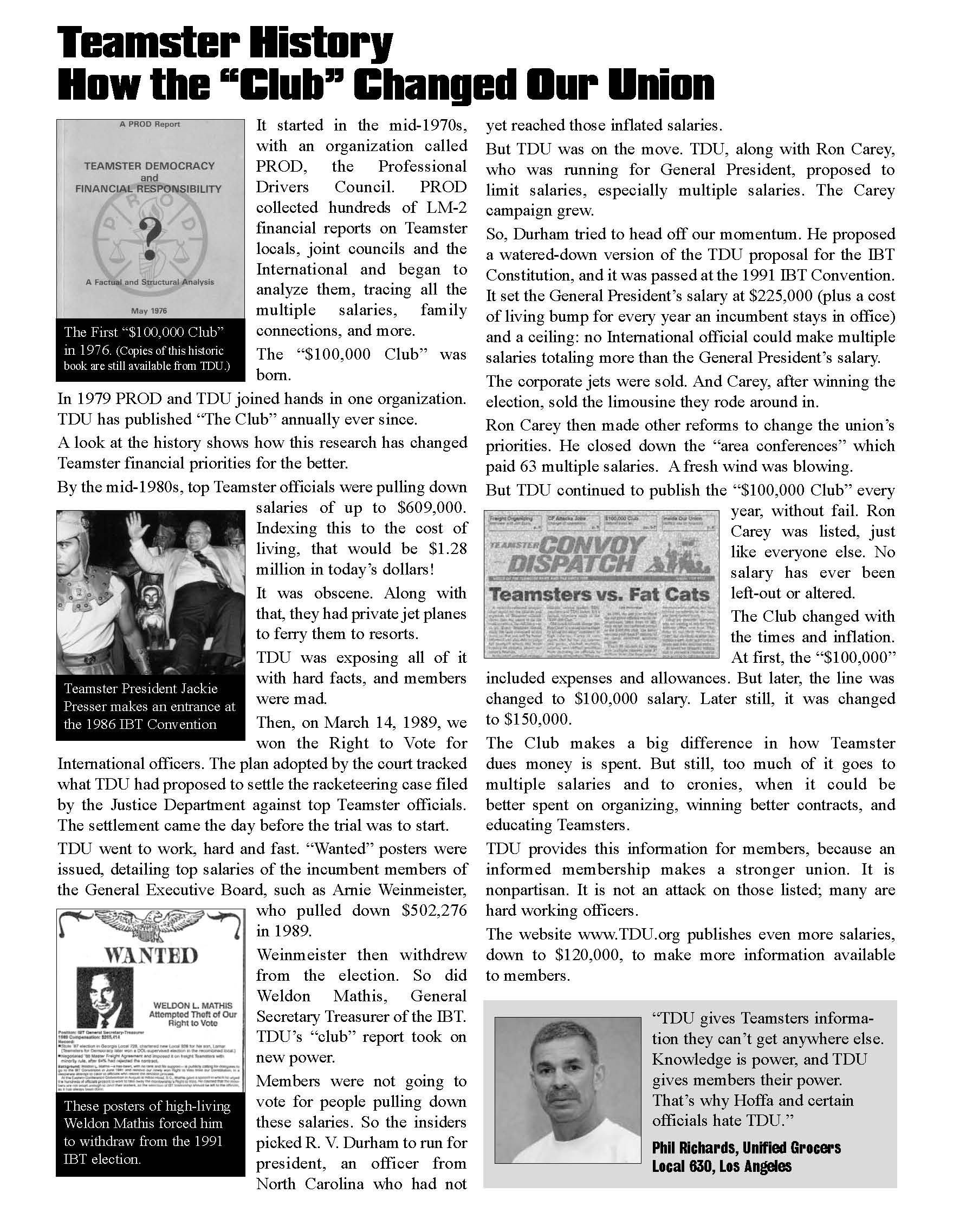 Hoffa tried and failed to sell drastic pay cuts and job-security concessions to carhaulers. But Hoffa took a “cost of living” increase and $60,000 “housing allowance”—bringing his total compensation to $379,411.

Ken Hall cut the health benefits of over 100,000 UPS Teamsters and imposed contract concessions by overruling the No Vote of 15,000 members who rejected their supplements. Hall got the same increase and “housing allowance” as Hoffa.

John Coli, the head of Chicago Joint Council 25 thinks the union is a family business. Coli and his brother and son get rich off of Local 727—and his youngest son, fresh out of law school, got a $2 million contract from the Local 727 legal fund. Coli and Cammack both appear to have violated the IBT Constitution by taking a higher salary than the General President, while serving as an International Vice President. Cammack went over that limit by $117,000!

There are 47 Teamster officials who made over $200,000 last year. Some of them may be fighting for members and earning their pay, but too many of them are promoting concessions and pension cuts—and wasting money that should be used to organize and build Teamster power.

Hoffa, Hall, and other IBT officers claim to be concerned about the horrible pension cuts proposed by the Central States Plan. But their own pensions are secure in the exclusive Family Plan for International officers and staff, which will pay Hoffa up to $4 million as a lump sum upon his retirement—and free health care for life.

Hoffa pays 105 multiple salaries to Teamster officials on his payroll. Some are performing extra duties; others just collect the extra check. You can bet that they will kick-back a big donation to the Hoffa-Hall campaign.

Many Teamsters have been through hard times. Retirees are hit with rising health care costs and many are threatened with drastic pension cuts. Many locals have had to cut back on organizing or representation. Local officers have to operate on a budget.

When Hoffa raised dues in 2002, most of the increase went to the International Union. He promised a “nickel an hour for Teamster power” but our union has lost 100,000 members under Hoffa, and more than that in our core industries.