TDU online and in-person workshops bring members together to learn about union rights and share strategies for building a stronger Teamsters Union. 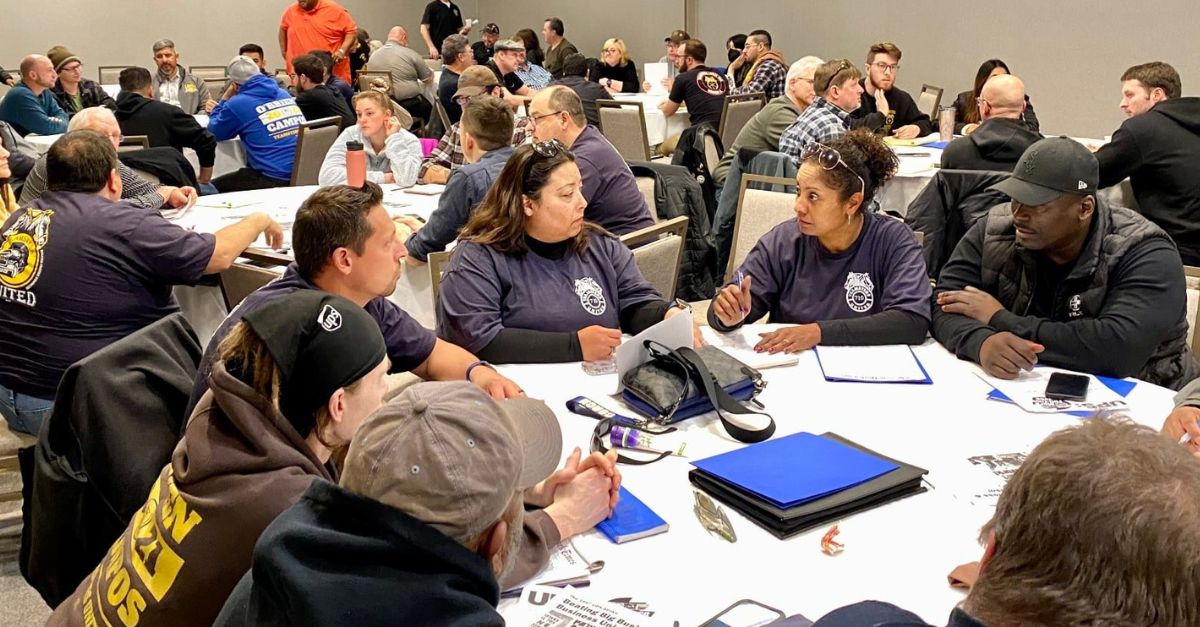 Members voted for new leadership in our International Union that informs and mobilizes members and stands up to employers.

You can’t have a strong union without educated members, including knowledgeable shop stewards and local union activists—and there’s always more to learn.

That’s where TDU’s online workshops and in-person trainings come in.

Thousands of Teamsters have attended TDU workshops large and small this year on topics like:

TDU members have organized big day-long regional conferences of 150 Teamsters in Chicago, 100 in New England, and more than 175 in New York.

Our biggest educational event of the year is the TDU Convention, October 28-30 in Chicago.

But bigger isn’t always better. Most local TDU workshops and meetings bring together smaller groups of Teamsters to talk about issues and come up with strategies for involving members and addressing problems on the job or in their local.