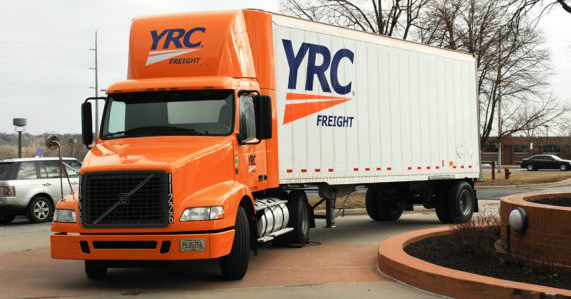 In Los Angeles Local 63, the vote from the freight breakbulks put Fred over the top and helped him carry 53% of the local headed by Joint Council president Randy Cammack.

In the Central Region, freight Teamsters in Akron Local 24 voted 82% for Fred. Kansas City Local 41 and Chicago Local 710 have big freight constituencies. They voted 74% and 78% for Teamsters United.

In the East, members in New York Local 707 and Harrisburg Local 776 both voted by 69% for Teamsters United. In the South, freight Teamsters helped Fred carry 87% of the vote in Memphis Local 667.

The same holds true for Nashville Local 480 and Atlanta Local 728 where members voted 69% and 63% for Teamsters United.

Even trucking locals headed by International officers on Hoffa’s slate were not spared. Detroit Local 299 headed by Kevin Moore voted against Hoffa by 52%.

Brian Buhle couldn’t carry Indianapolis Local 135 either. Members there voted by 68% for Fred.

Hoffa’s very own Freight Director Tyson Johnson was soundly defeated in Dallas Local 745 where Teamsters United won 57% of the vote.