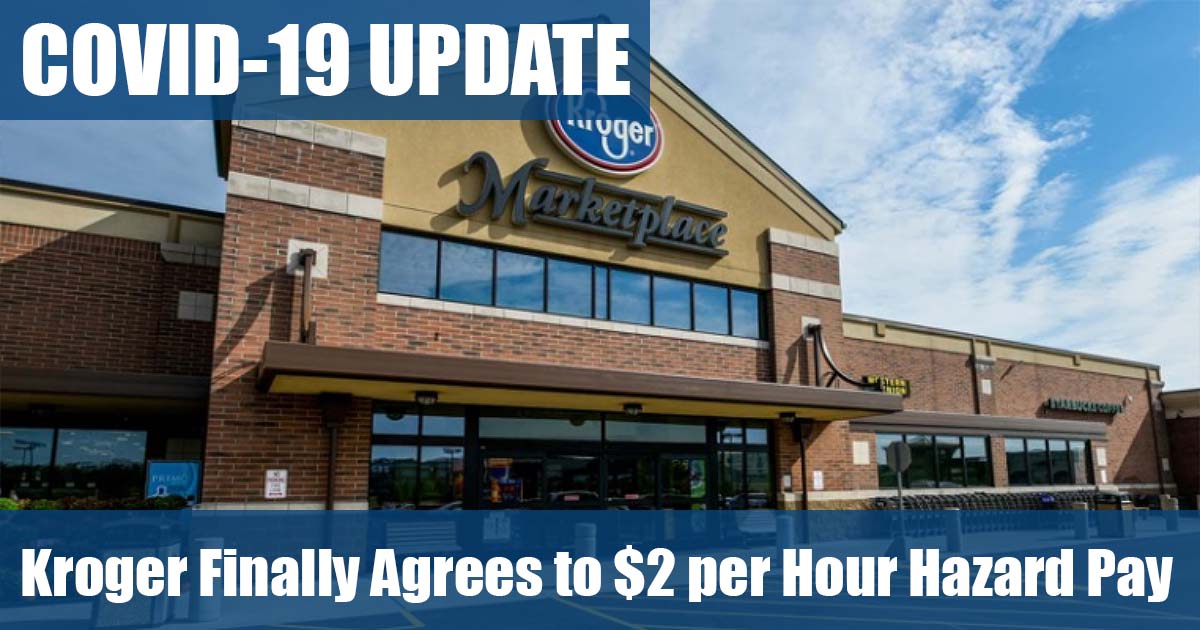 Previously, Kroger had only given a $300 bonus and only $150 for part-timers who average under 30 hours. Albertsons (including Safeway, Jewel Osco, and Vons) and many other companies have a $2 bump for all their front-line retail and distribution workers. These include PepsiCo and Frito Lay, UNFI and many others. Some major nonunion companies including Target and Whole Foods have done the same. Anheuser Busch and Stop & Shop Teamsters and other workers have a 10% pay bump.

Increasingly, front-line workers are demanding hazard pay, although the primary issue remains protection of workers’ health and that of their families. This means adequate PPEs, safeguards, distancing, notification, and other health protections for essential workers.

Kroger has 453,000 employees and operates under various labels, including Ralphs, Fred Meyer, Roundy’s, King Soopers and Fry’s. Grocery clerks along with warehouse Teamsters and drivers are going to work every day to keep us fed, and are among the most likely people to be hospitalized with COVID-19.