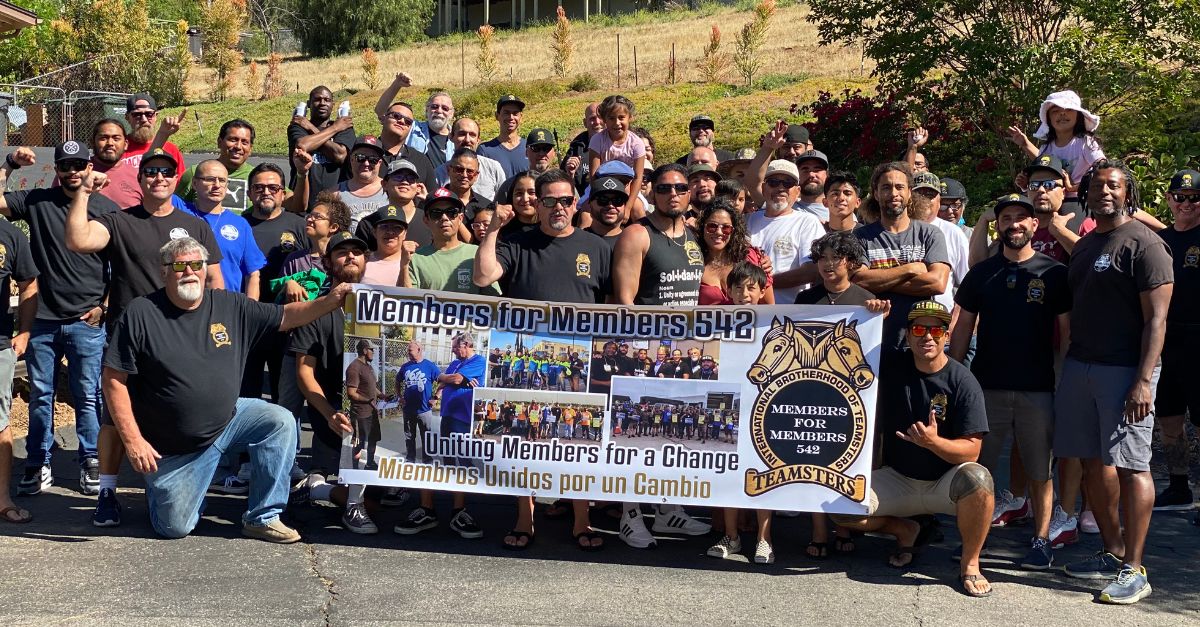 The Members for Members Slate launched their campaign with a rally and cookout on May 16.

Supporters raised money with a raffle to support the campaign.

“For years our officials have let us down,” said Derek Correia, UPS package driver and Members for Members leader.

“They don’t show up in our workplaces unless it’s election time. They don’t stand up to management. They agree to weak contracts and keep us in the dark during negotiations,” Correia said.

“It’s time to do better. We can build a stronger Teamsters Local 542 that works for all of us,” Correia said.

The results from the International Union election show that members in San Diego want change.

Members for Members campaigned for the O’Brien-Zuckerman Teamsters United Slate and carried the local. Now, they’re organizing to bring change to Local 542.

“We’re strengthening our ties with shop-floor leaders across the local,” said Eric Robinson, a Chula Vista UPS driver and Members for Members activist. “We’re scheduling our vacations so we can talk to members at the gates when ballots mail.”

Members for Members ran for Local Union office in 2019 and came within 100 votes of winning office in the 9,000-member local. This fall, they are in it to win it.