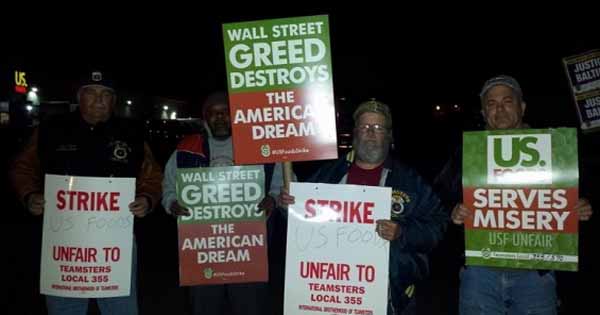 Teamster members across the country are organizing for new leadership and a new direction in our International Union. In the last International Union election, the opposition forces were divided. This time Local 804 President Tim Sylvester, Local 89 President Fred Zuckerman and other Teamster leaders are building a coalition effort that is uniting Teamsters, including former Hoffa supporters, in one movement for a stronger union. Get involved with Teamster officers and members who are building...

February 5, 2015: Teamsters in Southern California held a packed meeting to build a campaign to elect new International Union leaders. Next up: Columbus and Cleveland, Ohio on Feb. 21-22. Teamsters in the Midwest have been hammered with contract concessions and the threat of pension cuts. Now members are coming together to organize for new leadership and a new direction for our union. Members are holding meetings to gear up for the International Union election...

A United Coalition for Change

January 8, 2015: Working Teamsters were hammered with concessions in 2014. Teamster leaders who showed how to fight for good contracts are building a coalition for change.   Teamster leaders who stood up for Teamster contracts and pensions in 2014 are helping to build a coalition for change in 2016.   Local 804 President Tim Sylvester united UPS Teamsters in New York City to win pension increases, grievance procedure reform, and 150 new full-time jobs.    “Other Teamsters were taking givebacks. But Tim showed us we can fight...

“I’m renewing my membership and putting my dues in the TDU election fund to help make sure our voice is heard in the upcoming IBT election, and so TDU can keep organizing for change after the election is done."

Contract enforcement starts with filing a grievance—but it doesn’t have to end there. Share strategies with Teamster stewards and activists on how to involve members in taking on workplace problems in our online workshop on Sunday, January 17.