Taking Back Our Union, Together

Hoffa is retiring at the end of next year. Members are taking action now to win new leadership and a new direction for our union. 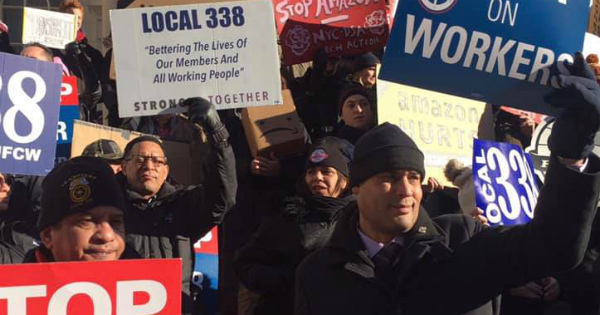 Teamster members will elect new International Union officers next year. But the movement to win a new leadership and a new direction for our union starts now.

The first step is an accreditation petition drive to make the O’Brien-Zuckerman Teamsters United slate official candidates for IBT office.

Starting in June, we will reach out member-to-member to collect accreditation petition signatures from 100,000 Teamsters.

Contact TDU or the O’Brien-Zuckerman Teamsters United campaign to get involved.

This is about more than an election. It’s about the future of our union.

To take on concessions, win good contracts, defend our benefits, and organize the nonunion competition, the new leaders that we elect will need an informed and mobilized membership.

Teamsters are already organizing to take back our union from the bottom up. We’re running for local union office and breathing new life into our locals.

We’re organizing to end the Two-Thirds Rule, a loophole in the Teamster Constitution that the Hoffa administration used to impose contract givebacks at UPS.

We’re mobilizing to stop a Hoffa backed effort to change Teamster election rules to eliminate opposition candidates from getting on the ballot.

We’re organizing on the shop floor to enforce our rights, win better contracts, and train a new generation of union activists and leaders.

You can read about these campaigns and more in this issue of Teamster Voice. To get involved in the movement to build a stronger union, contact TDU.