Sean O’Brien and Fred Zuckerman announced at a joint event in Boston on May 29 that they will be leading a slate in the 2021 Teamster election with O’Brien running as General President and Zuckerman as General Secretary Treasurer. 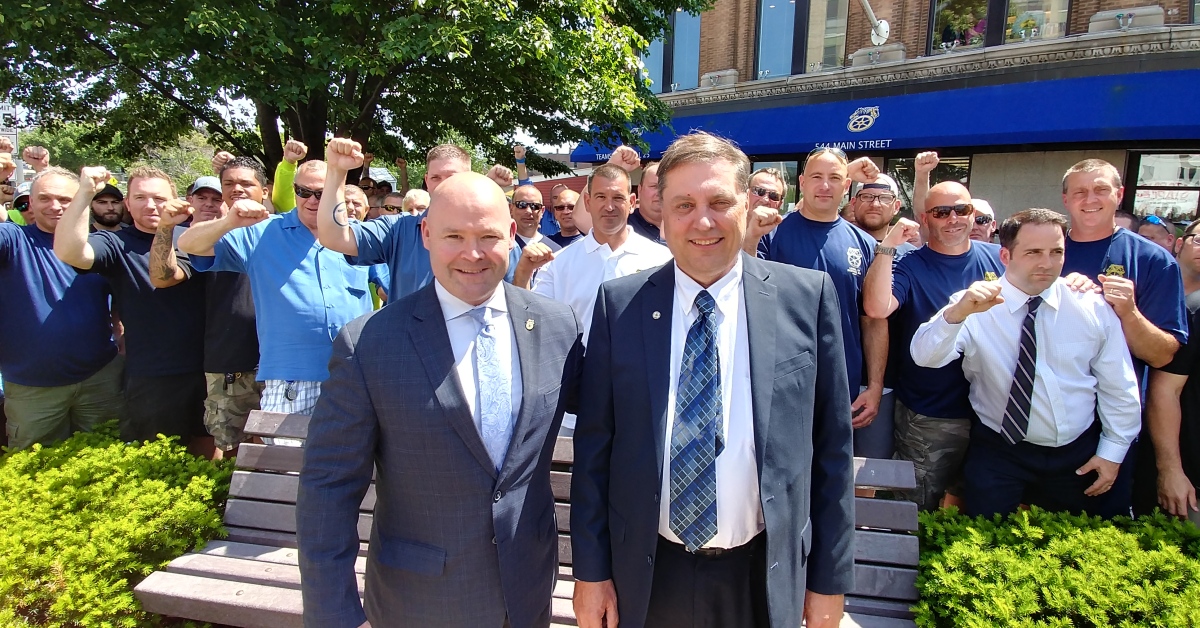 The surprise announcement has sparked discussion and debate among TDU members and Teamsters United supporters.

Three years out, TDU is not making any endorsement for the 2021 IBT election. We will continue to work with Teamsters United on the UPS and UPS Freight contract campaigns and other issues.

The International Union election is in 2021, three years from now. The immediate tests ahead are the fight against contract givebacks at UPS and UPS Freight and local elections where reformers are taking on Hoffa-aligned local officers.

TDU will be in these fights. Our immediate priorities are working for good contracts, reforming locals, defending pensions, educating members and building the voice of the rank and file.

We will work with Teamsters United to pursue these goals. TDU will make endorsements and IBT election plans at a later date.